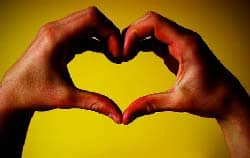 The Evangelical Portal at Patheos is a centerpoint for innovative, informed and charitable conversations that will shape the future of evangelicalism. We are proud to host a Consultation on Reimagining the Relationship Between Evangelicals and Gays. In the weeks to come, members of the evangelical and gay communities will tell their stories and share their perspectives on the broken relationship and how it might be healed. We are asking writers, activists, pastors and professors to think creatively and constructively about what the relationship between evangelicals and gays ought to be, and what it will take to get there.

You are invited to return frequently in the days and weeks to come, as we will continue to publish original material and point to the best material we find elsewhere on the web. Our authors and contributors will span the political and theological spectrum. The intention is to step out of our own echo chambers, to seek mutual understanding, and to work toward reconciliation. Please join in the conversation with your own comments.

On the question of whether homosexual acts are against the will of God, both sides have sophisticated biblical and theological arguments. While such discussions are always welcome at the Evangelical Portal, we want to emphasize that this is only a small part of the problem that is considered presently. Indeed, although some of our contributors believe it is still important for Christians to state clearly and unambiguously where they stand on homosexual relationships and same-sex marriage, many of our contributors want to bracket those questions entirely in order to focus on how evangelicals and gays can grow in love and respect for one another.

This "Guide" document will be updated continually as new material is added, and you are invited to visit the Cross and Culture blog for updates as well. The Consultation can be divided into Articlesand Stories.

Our first Articles are these:

Our Stories will describe the varied experiences of individuals living in the tension between the evangelical and gay communities.  Some will describe leaving the homosexual lifestyle behind, and others will describe reconciling themselves to their faith and their orientation.  They are offered for your reflection. We begin with Three stories:

For more articles like this, please visit Patheos' Evangelical Portal.