Sex on Campus: An Interview with Donna Freitas 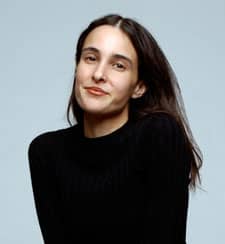 Donna Freitas received her Ph.D. from Catholic University, and is presently an assistant professor of religion at Boston University. Her extensive research into romance and sexuality on religious and secular college campuses led to the book, Sex and the Soul: Juggling Sexuality, Spirituality, Romance and Religion on America's College Campuses. Donna has written for The Wall Street Journal, The Washington Post, Christian Century, and Christianity Today. She also writes fiction, and her newest piece, This Gorgeous Game, will be available in May.

For Patheos' Public Square discussion on sexuality, Timothy Dalrymple spoke with Dr. Freitas regarding her research into sex and romance on campus.

You conducted an extensive study of sexuality amongst students at secular and Christian colleges.  What was your approach, and why did this seem important to you?

I had spent a lot of time in the classroom, talking about the relationship between spirituality and romantic relationships. My college students are generally sexually active; most are involved in romantic entanglements, and almost none are married or even seriously contemplating marriage and starting families. In one particular class I taught, I learned a great deal from my students about how disempowered they felt over their own sex lives and how unfulfilling they were. The students felt as though the surrounding culture, and especially the student culture on campus, told them that they should celebrate and enjoy the things they were doing. Yet when they were honest, they saw that they were unhappy. I was disturbed by how powerless they felt, and found it interesting that, even though they were strongly resistant to institutional religion, they wanted to look to spirituality for guidance and for a way out of their unfulfilling sexual habits.

Once they realized they were all unhappy with it, the students were passionate about trying to change the sexual culture on campus. I was curious whether students felt the same way in other places, and whether it would make a difference if the schools were religious affiliated. I wanted to examine campus cultures elsewhere and how they were experienced by students individually.

That led me to this project, and Sex and the Soul is the first publication that came of it. I gathered three data sets, from secular, Catholic and evangelical institutions. I did a big online survey, conducted one-on-one interviews with students, and collected online journals. There was an abundance of data, and one of the most interesting findings had to do with the stark divide between evangelical and secular or Catholic schools. I can discuss the findings at evangelical colleges or the findings everywhere else. They're so different. And the finding that was most interesting for Catholics is that student attitudes at Catholic schools toward sexuality and faith are essentially identical to student attitudes toward sex and faith at secular institutions. Catholic schools might as well be public schools when it comes to those attitudes.

I would say that, across the board, students were unhappy with attitudes toward sex on their campus, unhappy with the level of conversation on campus about sex, and either alienated from their faith tradition with regard to sex or feeling incredibly pressured, as though the stakes set for them are far too high to manage.

In Sex and the Soul, you talk about developing a sexy spirituality.  What did you mean by that?

Since the campus cultures are so different, a "sexy spirituality" means different things in different settings. At Catholic, public, or private secular institutions, the students I spoke with are very interested in what spirituality might have to offer their sex lives by making them more meaningful and fulfilling. Yet they have no idea where to go.

At evangelical institutions, there is a strong sense that, unless you're married, religion forbids you even to have a sexual thought. For some students, simply feeling desire for someone is experienced literally as cheating on God and your future spouse. So there is definitely a desire for more comfort or freedom, a relaxing of the boundaries so that students can figure out how their spiritual lives could incorporate their romantic feelings now, before marriage. Must one's spiritual life and one's sex life always be in conflict? Or is there a way to make peace?