In articles and interviews, you are now positioned before the media as an interpreter of evangelicals to secular progressives.  Yet evangelicals can speak for themselves.  Why is it important for secular audiences to hear from you?

Because there's a difference between defending yourself and being defended by someone who is disinclined to sympathize with you.  It's easy to defend ourselves and say, "I have a good reason for this, trust me."  Yet, for me to enter an evangelical church, given my personal background and my disinclination to sympathize with fundamentalist religion, and with proselytizing, and with mixing politics together with faith-given my aversion to those things, a sympathetic portrayal of certain practices is perhaps more persuasive.

I also think that my account is perhaps more palatable to people like me than a defense from the inside.

Thomas Road is historically an important church, because it was the seat of the Moral Majority.  Jerry Falwell was such an important figure in the public face of evangelical Christianity in the 1980s and into the 1990s.  It's also the sister church to Liberty University, which seems like a critical institution even in the current phase of evangelical Christianity.  Those things drew me to Thomas Road Baptist.

I also thought that it was a church about to go through a transition.  It was clear that Jerry Falwell was nearing the end of his life.  I could not have known that he was going to die while I was there, but it was clear they were going to have to figure out how to take this church that was mired in an old model of evangelical Christianity, a televangelist model centered around one very charismatic figure, and push that through to a more member-centered model.  So, even though I recognized that Thomas Road is not the most representative church as far as what is going on in conservative evangelical churches, it seemed like it was the nexus point for many different issues I was interested in.

As it happened, it did become this kind of interesting case study for a church in transition.  They are figuring out how to deal with the emerging church.  There are unresolved attitudes toward it.  You hear, on the one hand, plenty of people at Thomas Road singing the praises of a Rick Warren, talking about adapting to the changing religious climate.  Then you have a lot of people like Donny, in the book, who say "I'm not afraid of being marginalized or called a fundamentalist.  I adhere to these principles whether or not people like them."  So I think looking at a church that has those competing attitudes is worthwhile.

A woman who attended a book signing last night asked, in a heated tone, "Don't you know that there is such a thing as a progresssive evangelical Christian?"  Of course I know that.  Yet that's not really what this book is about.  This book is about conservative evangelical Christians who are very invested in socially conservative issues, who have done a lot to influence politics in our country.  That was the impetus for the book, so that's what the book is about.

I don't think that characterization is true.  My experience at Thomas Road was that they weren't central issues for the congregation.

I think the reason that impression formed is because those two issues feel so insoluble.  Especially abortion.  I don't think that either side will ever budge on those issues.  It's a litmus test on both sides.  Secular progressives always say, "Evangelicals only vote on abortion, and that's so wrong."  But no secular progressive I know would vote for an anti-abortion candidate.  It's the same on both sides.

I don't think that gay marriage and gay rights are ultimately going to be insoluble issues.  Those are civil rights issues, and standing against them is a losing battle.  But the reason that secular progressives characterize conservative Christians as obsessed with those issues is because the secular progressives find it so hard to relate to evangelicals' stances on them.

Why I Don’t Care Much About Jesus
Linda LaScola
2 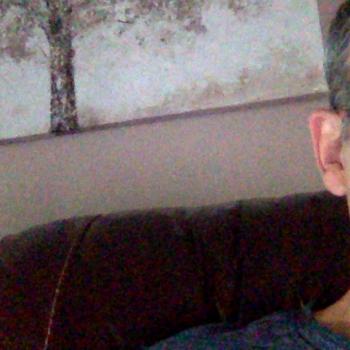 and lead us along the right road today
Jared Ingle
3

Listening to Sacred Stillness: Mysteries in the Stillness
Greg Richardson
4 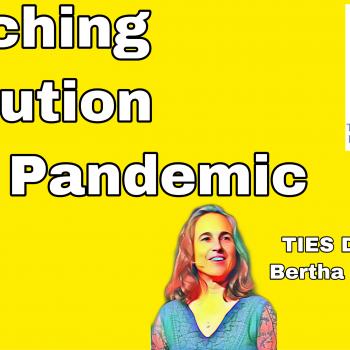 Teaching Evolution During A Pandemic
Andrew Hall
Get Patheos Newsletters
Get the latest from Patheos by signing up for our newsletters. Try our 3 most popular, or select from our huge collection of unique and thought-provoking newsletters.
From time to time you will also receive Special Offers from our partners that help us make this content free for you. You can opt out of these offers at any time.
see our full list of newsletters
Editor's picks See all columnists