What Is the Future of Islam?

An Interview with Dr. John Esposito
By Read the Spirit 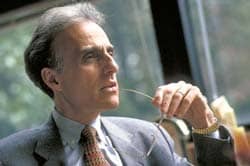 David Crumm of Read the Spirit recently interviewed Dr. John Esposito of Georgetown University, a leading expert on Islam, on his latest book, The Future of Islam. Here are the highlights of this conversation.

I want to start our interview by mentioning that glowing review your new book received from the Financial Times. These are sharp-edged skeptics and they called your new book, "the handbook for this new age of engagement. Intolerant of the extremists bent on provoking a clash of civilizations -- Western Islamophobes and violent Islamists alike -- Esposito's book is a calculated appeal to the moderate middle ground." Did they get your message?

They did. I was very pleased with what they wrote. I heard from a number of people who regularly read the Financial Times and they said they were surprised the Financial Times would publish this kind of review. Yes, I think they did "get" the book -- and it made me feel good, because frankly this was the toughest book I've had to write.

Why so tough? You've written dozens of books.

This book was supposed to have been finished before 9/11 and then it was put on the back burner after 9/11, because we wanted to do other books first, like What Everyone Needs to Know About Islam. Right after 9/11, it seemed that everything we knew about Islam was turned on its head. The Financial Times really put its finger on what I wanted this new book to be about. This book is a bit of a capstone experience for me. I felt I had written so much about the issues within Islam -- and engagement with Muslims -- in other books and articles that I really wanted to pull it all together in one place. When I was finished with this, I said: This is my last book.

Hmmm. Perhaps not really your last book, but it does feel like a summation of where the Western world stands with Islam, at this moment in this new century.

It is a summation in that sense. I did try to bring many things together. If you want to write a book for a broad audience, including policy makers and educated folks, you can't assume that everyone already has read your stuff. I felt I had to set the context for people who come to this and have no background -- but I also wanted to reset the context, for example, by using new Gallup data concerning American Muslims and Muslims in Europe and so on. There is important new material here. I wanted this guidebook to be rooted not just in my own "take" on things, but also in new data like the Gallup data that give us a much more realistic view of these issues.

Give us an example of something you really hope comes through to readers in this new book.

One thing I try to hammer home is: We really have to get to a point where, when we look at Islam and Muslims as Westerners, we operate on a level playing field. If we want to talk about religious ideals, then we need to compare our ideal with someone else's ideal -- not our ideal to the more tragic realities that can turn up in someone else's religion. Number 2, if we realize that it's a tiny fraction of a percent of Muslims in the world who engage in acts of terrorism, then we need to understand the context. We need to look at acting out in other religions like Christianity and Judaism -- like Christian attacks on abortion providers or other violent and criminal acts from Christian groups that break out into the news from time to time. If we fairly compare religious experience, we'll find that extremism is going to show up in every religious tradition over time.

It's pretty amazing to be talking about these issues nearly a decade after 9/11. I can't begin to estimate how many times I've written and published passages like the exchange we just had.

It's very funny, or actually it's not funny because I find this upsetting as someone who has been working in this field for thirty years or more: People always ask me the same questions. The problem is, there's not much learning curve! People always ask me: Is Islam compatible with modernity and with democracy? And I always say: We need to realize that the primary drivers in foreign policy are not religion -- but political policies on the ground.