The Song is not completely at odds with the rest of the Hebrew scriptures in its view of sexual pleasure. Sex is no sin in the Old Testament.  Sexual attraction is counted as one of the wonders of the world in Proverbs (Pr. 30:18-19). Proverbs dramatizes the perils of adultery (Pr. 7:16-18); Folly is personified as a woman just as Wisdom is. Whereas Woman Wisdom is a reliable moral guide whose way leads to life (Pr. 3:13-18), Folly is a sleazy temptress whose way leads to death (2:16-19, 5:1-14, 7:10-27).

We misunderstand the Song of Songs if we assume its point is the casual condoning of premarital sexual relations. The Song of Songs is a poetic fantasy. Poets don't always reflect social mores; sometimes they ignore or subvert them. The collection's agenda is not deliberately to defy social strictures on premarital sex, but rather to accept sexuality with naturalness and delicacy. (See Michael V. Fox, The Song of Songs and the Ancient Egyptian Love Songs, Madison, Wisconsin: The University of Wisconsin Press, 1985, 314.)

The Book's attitude toward the lovers' relationship is anything but casual. The book has a sexual ethic, but this ethic is not chastity, but fidelity, sexual exclusiveness. The lovers embody unquestioned devotion to one another, a love that is as strong as death, a constancy that is innate to their relationship rather than a virtue they have to work at (Fox, 315).

Having affirmed the book for its ardent, earnest affirmation of sexual love, the preacher may still be asking the question, what does this have to do with wisdom and what themes from it will preach? It helps to view the Song of Songs in the context of other wisdom books in the Hebrew scriptures. The concern of the sages of Israel responsible for the wisdom literature we have in Proverbs, Ecclesiastes, and Job was the formation of character of the young in ways that would lead to personal and community harmony and order.

Collated in the tumultuous post-exilic period, Proverbs is filled with instructions for following the path of moderation in physical habits, diligence in work, self-control in speech, prudence in one's choice of companions, respect in one's treatment of the poor, and integrity in relationships.  Included in the list of appetites to discipline are sexual appetites. It is very clear that sexual discipline and fidelity are key to the stability and integrity of the community (5:15-23, 6:23-35). Fidelity and sexual discipline are behaviors that make for stable families and communities. The poems of the Song of Songs offer a graphic commendation of fidelity and mutuality in love between the sexes. This is certainly an important message to the young of every generation and quite in keeping with the purposes of Israel's wisdom instruction.

The poems depict the joys of faithful sexual communion with one's beloved. Read in the context of the rest of the wisdom literature, they point to the joys of faithful communion with God. Wisdom in the Book of Proverbs was about more than precepts for living a life of character.  It referred to the personification of an aspect of the character of God. In Proverbs this is conveyed through the metaphor of Woman Wisdom (Pr. 1:20-33, 8:22-36, 9:1-6).

Throughout the Bible's Wisdom literature, the young are encouraged to pursue Wisdom in imagery drawn from the realm of human love. Wisdom is compared to a woman who offers food to the youth (Sir. 15:2-3; Pr. 9:5) as the woman in the Song of Songs offers food to her lover (7:13--8:2). The sages advise the youth to love and embrace Wisdom (Pr. 4:6-8; Sir. 6:27). In canonical context, the love poems of the Song of Songs encourage youth to be faithful in their human love-relationships in the framework of their faithful relationship with Wisdom herself.

The Song of Songs portrays, in a series of tender vignettes, the poignancy and pleasure of the divine gift of sexuality. The love poems of the Song of Songs wait to fan the embers of sexual memory of the reader into a flame. They intend to instigate a gracious cycle, in which sensuality and spirituality intermingle, as they always do in the wisdom genre. A girl's verse to her lover from the Egyptian love poem "The Flower Song" expresses this beautifully, 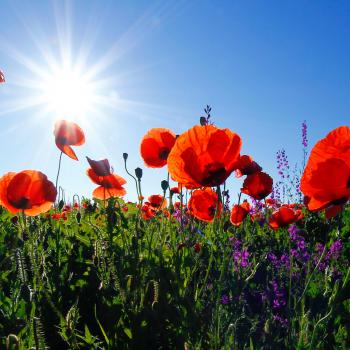 The Garden in Our Heart
Mark Nepo
2 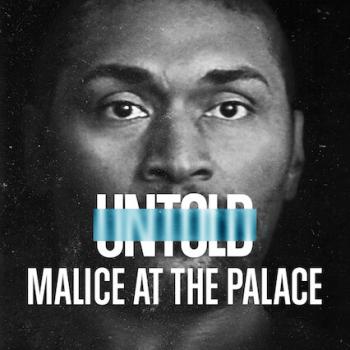 The Moral Case Against Biden's Vaccine Mandate
Jennifer Fitz
Get Patheos Newsletters
Get the latest from Patheos by signing up for our newsletters. Try our 3 most popular, or select from our huge collection of unique and thought-provoking newsletters.
From time to time you will also receive Special Offers from our partners that help us make this content free for you. You can opt out of these offers at any time.
see our full list of newsletters
Editor's picks See all columnists