Bridging Science and Religion: Why It Must Be Done 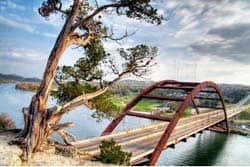 Historical roots and the contemporary problem

Though the problematic relations between science and religion can be found throughout contemporary Western culture, their roots lie in the radical changes in the relation between theology and culture in the West since the Enlightenment and the rise of modern science. Still the backdrop to these changes lies more remotely in the ancient Near East and the monotheistic faith it produced. To understand why there should be a Center for Theology and the Natural Sciences (CTNS) we must recall this age that, though ancient historically, continues to reach out and to shape the present epoch.

Since Biblical days, Jews and Christians have believed in a God who is the Creator of all that is and the Redeemer of the oppressed, the sick, the dying, and the forgotten. From the ancient Psalmist who prayed for divine aid to the faithful who cry out today at synagogue and church for God to hear their prayers, the people of the sacred texts believe in a God who acts in history and in nature with justice, mercy, and love. It is the LORD God who brought the people of Israel out of the land of Egypt, out of bondage and into the promised land, and again who brought them out of exile in Babylon to rebuild the temple in Jerusalem. It is this same God whom Christians find incarnate in the flesh of the Nazarene and revealed in his life, death, and resurrection, the same God who established the Church at Pentecost and who will guide history until the close of the age.

Over the years, faith in God has developed in the context of, and in critical tension with, the prevailing philosophies of the West. For theology is the critical reflection on religious experience, sacred text, and tradition, undertaken in the context of the prevailing culture. Thus we have seen the influence of Platonism and Gnosticism in such early theologians as Irenaeus, Athanasius, Augustine, and Philo. We have seen Aquinas and the Scholastics of the High Middle Ages wrestle with the science and philosophy of Aristotle. Though the great Protestant reformers -- Luther, Calvin -- were primarily concerned with matters internal to church theology, the Enlightenment philosophy of Descartes, Hume, and most importantly Kant has had a massive influence on the thought of both Protestants and Catholics. One need only think of Schleiermacher, Ritschl, Harnack, and Troeltsch in the 19th century, and Barth, the Niebuhrs, Tillich, or Catholic theologians such as Rahner and Lonergan in the early to mid 20th. Now contemporary thinkers in Black, feminist, and other liberation theologies, have continued the dialogue with ongoing trends in philosophy and the social and political sciences.

Surely the new philosophies of the Enlightenment, with their turn to the subject, their dependence on autonomous reason, and their rejection of authority and text, radically transformed Christian theology across the board. Yet many now believe that the greatest factor in shaping contemporary Christian theology, including even its foundations in Biblical hermeneutics and theological method, has been the rise of modern science in the 16th and 17th century. Although we often think that the Reformation signaled the great divide in Christendom (second only to the East/West schism in 1054 A.D.), it was the impact of modern science -- Copernican astronomy, Newtonian physics, and Darwinian biology -- and its interpretation via Enlightenment philosophy that separates modern Christianity from the Biblical worldview and the rich heritage of Patristic, Medieval, and Reformation thought.

Faith that God acts in history and in nature, belief that God is the creator of the world, trust that God's providence sustains life and guides destiny -- these beliefs had once been the foundations for our understanding of the world in which we lived out our lives and of the world beyond in which we would meet our eternal destiny. A God in whom "we live and move and have our being," as Saint Paul wrote, made sense when the heavens wrapped around the world and humans were a part of a cosmic drama that included all of creation, when history had a beginning and marched toward a future of fulfillment, when life was a divine and sacred gift, and when eternity awaited those who worked for justice with compassion.

The rise of modern science and its interpretation by the Enlightenment philosophies of reductionism, materialism, and naturalism, brought an end to all that. With Copernicus our universe was inverted, the earth cast adrift from its Ptolemaic moorings into the unending night of a vast and trackless universe. With Newton this living universe became an unthinking machine whose fully predictable, deterministic, clock-work regularity seemed to leave no room for us to act, let alone for God. The "age of reason" replaced the authority of revelation and church as a surer guide to knowledge and behavior. The world became ordinary and the miraculous was relegated to folklore, best forgotten. By the 19th century the age of the earth had been multiplied from mere thousands to now countless millions of years. The intricacies of organic life, which had once seemed the product of a loving God, were being explained by the operations of Darwinian natural selection and ‘blind chance.' Even the inner realm of the mind, where moral and spiritual questions are engaged by conscience and piety, was re-understood in mundane terms as the workings of repressed sexuality or the arrogant projections of our own fancies.