Harvesting the Fruits: Promoting Unity in the Church 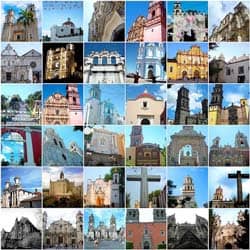 This past February I had the privilege of serving as one of five representatives from the Geneva-based World Alliance of Reformed Churches (WARC) to a symposium titled "Harvesting the Fruits." The event was convened by the Pontifical Council for Promoting Christian Unity (PCPCU) of the Roman Catholic Church and was held in Rome.

WARC is the global ecumenical fellowship composed of 214 churches in 107 countries representing 75 million Christians in the Reformed, Presbyterian, United, Congregational, and Waldensian heritage of the 16th-century Protestant Reformation. The PCPCU, under the leadership of its president Cardinal Walter Kasper, also invited delegations from the Anglican Communion, the World Methodist Council, and the Lutheran World Federation to discuss the implications of Cardinal Kasper's book of the same title as the gathering theme, Harvesting the Fruits: Basic Aspects of Christian Faith in Ecumenical Dialogue (New York: Continuum, 2009). In that publication, Cardinal Kasper combs the results of four decades of bilateral dialogues between the Roman Catholic Church and these four Protestant communions, identifying areas of agreement while pointing to outstanding issues that require further discussion with the aim of convergence.

Harvesting the Fruits affirmed the goal of ecumenical activities, then and now, as no less than "full visible communion in faith, sacramental life, apostolic ministry and mission" (6).  In so doing, the volume pointed to substantial convergence over the last forty years on areas such as Jesus Christ, the Trinity, sanctification, and basic agreement, in principle, on the Church, the Eucharist, and baptism. However, substantial convergence on basic contours of key areas of Christian theology does not elide areas where there are still notable differences that require further dialogue in such areas as:

The symposium sought input from the various delegations and pursued conversations about further steps in dialogue. In his opening address, Cardinal Kasper lifted up the positive process and outcomes of the Joint Declaration on Justification between the Roman Catholic Church and the Lutheran churches. He proposed a consideration of an ecumenical Catechism. He called for the churches to build upon "a shared common foundation, and to bear in mind that we must embark on a "people-centered ecumenism."

Bishop N.T. Wright, speaking from the Anglican Communion, presented a paper on what constitutes adiaphora (or "non-essentials"), the relationship of scripture and tradition, and nature and grace.

Dr. Kathryn Johnson, speaking from the World Lutheran Federation, pointed to Harvesting's emphasis on the Church, and how, from the Lutheran perspective, though risks were taken to reach agreement on the historic Joint Declaration on Justification between the Lutherans and Roman Catholics, these risks have produced lasting benefits; churches need one another.

Dr. Geoffrey Wainwright, speaking from the World Methodist Council, spoke of a practical method of receiving ecumenical documents and a theological perspective in understanding the practical method. In terms of method, Wainwright called for a similar process akin to that of the historic World Council of Churches document Baptism, Eucharist, and Ministry (1982), in which that convergence document was disseminated to all member churches of the World Council with the request to discern and respond to questions at the highest level of authority in their respective churches' polity structures. Theologically, Wainwright asked what it would mean for ecumenical dialogue partners to view and regard the "notae ecclesiae" (notes of the Church) in the Nicene Creed -- one (unity), holy (holiness), catholic (catholicity), apostolic (catholicity). He inquired whether, vocationally, this could mean that if one can detect elements of unity, holiness, catholicity, and apostolicity in churches and ecclesial communities outside of the Catholic Church, those parts can be considered as all part of the "one holy, catholic Church."