According to Kinghoffer, Jews who formally and publicly testify every Friday night to God's creation of the world should align their scientific understandings of the world with this religious testimony. In the Jewish Week (February 24, 2006), he wrote:

In The Origin of Species, Darwin's working premise is that God has no role in the history of life. By contrast, in the Friday-night kiddush, a Jew gives witness to the evidence of a transcendent designer, speaking of 'all His work which God created to make.' By custom, we stand for this kiddush because it is considered a form of testimony, and in a Jewish court the witness stands. An honest Darwinist should not say kiddush.

Parallel to his understanding that evolutionary theory undermines Jewish faith, Klinghoffer argues that Jewish ethics, too, depend on intelligent design: "Without a designer, our moral precepts are simply the product of natural selection."

Klinghoffer's claim that intelligent design is an essential aspect of Jewish belief is echoed in the writings of rabbis who are similarly concerned that studying evolution may lead to an erosion of faith and ethical behavior. Rabbi Avi Shafran, spokesman for Agudath Israel, argued in The Jewish Observer (December 2005) that Jews should speak on behalf of integrating intelligent design into public school classrooms because, "there are really only two possible perspectives regarding the universe: that In The Beginning there was either chance, or there was purpose . . . If a child comes to accept the idea that humanity's roots lie in pure chance, there can be no more meaning to good and bad actions than to good or bad weather; no more import to right and wrong than to right and left."

Natan Slifkin, an Orthodox rabbi and author of The Challenge of Creation: Judaism's Encounter with Science, Cosmology, and Evolution, profoundly disagrees with Klinghoffer and Shafran. His book and his teaching (about animals, earning him the title "Zoo Rabbi") outline evolutionary theory for Jews who struggle to reconcile biblical and rabbinic narratives of human origins with scientific understandings.

Slifkin distinguishes between the many varieties of theistic evolution and the claim of intelligent design proponents that the movement offers scientific proof for a divine hand in evolution. Slifkin understands evolution as set in motion by a Creator who placed the first atom of matter into the universe along with a set of laws so intricate that they would bring about the complexity of life as we know it. He reads intelligent design as a threat rather than an asset to Jewish faith: "The danger of intelligent design theory is that it risks forming a "God-of-the-gaps" -- a creator who is invoked to account for phenomena that science cannot explain, but whose existence is unnecessary if science is eventually able to explain such phenomena in naturalistic terms."

Slifkin has called intelligent design "no friend to Judaism," and wonders if, in fact, the movement's ideology limits God's ability to create: "Was He incapable of designing laws that could accomplish all His objectives and therefore had to interfere to bring about the results that He wanted?"

Regardless of their theological views on the origins of the universe, Jewish groups that advocate for freedom of speech and religion in U.S. public schools oppose the intelligent design movement.

In a fall 2005 trial (Kitzmiller v. Dover Area School District et al.), parents of high school students in Dover, PA accused the school board of instituting religion in the public school when it tried to force biology teachers to teach intelligent design as an alternative scientific theory to evolution. The Jewish Social Policy Action Network, the Jewish Council for Public Affairs, and the Jewish Alliance for Law and Social Action filed an amicus brief in that case, expressing concern in particular at the Discovery Institute's intent to, as these groups saw it, impose a particular religious world view on U.S. public culture with the introduction of intelligent design in biology classrooms.

Judge John E. Jones III ruled in that case that teaching intelligent design in a public school would violate the separation of church and state, and argued further that "the writings of leading ID proponents reveal that the designer postulated by their argument is the God of Christianity." 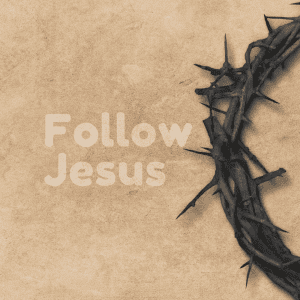 You Have One Job
Billy Kangas
2

What Do These Scars Mean?
Shaunti Feldhahn
4

Review: Resurrection (dir. Ciaran Donnelly, 2021)
Peter T. Chattaway
Get Patheos Newsletters
Get the latest from Patheos by signing up for our newsletters. Try our 3 most popular, or select from our huge collection of unique and thought-provoking newsletters.
From time to time you will also receive Special Offers from our partners that help us make this content free for you. You can opt out of these offers at any time.
see our full list of newsletters
Editor's picks See all columnists