The Brins are a compact, young-looking couple; Michael is skeptical in demeanor with a precise manner of speaking, and Genia soft and nurturing. Both have sincere, easygoing laughs. We talk for several hours, interrupted occasionally by Michael's cigarette breaks, for which he heads outside with the family dog, Toby. Smoking is a habit he brought with him from the Soviet Union in 1979, when he immigrated to the United States with his mother, Maya, Genia and Sergey, then six. (A second son, Sam, was born in 1987.)

One of Michael's stories particularly strikes me. In the summer of 1990, a few weeks before Sergey's 17th birthday, Michael led a group of gifted high school math students on a two-week exchange program to the Soviet Union. He decided to bring the family along, despite uneasiness about the welcome they could expect from Communist authorities. It would give them a chance to visit family members still living in Moscow, including Sergey's paternal grandfather, like Michael, a Ph.D. mathematician.

It didn't take long for Sergey, a precocious teenager about to enter college, to size up his former environs. The Soviet empire was crumbling and, in the drab, cinder-block landscape and people's stony mien of resignation, he could see first-hand the bleak future that would have been his. On the second day of the trip, while the group toured a sanitarium in the countryside near Moscow, Sergey took his father aside, looked him in the eye and said, "Thank you for taking us all out of Russia."

"There were only two occasions when my children were grateful to me," Michael says dryly, and I get the sense that he is completely serious. The other occasion, he says, involved Sergey's younger brother, Sam, and the repair of a broken toilet.

Genia, seated next to him, protests. "Misha, what are you talking about!?" she exclaims, as she often does when their memories differ or when she feels Michael is editorializing.

As Sergey recalls, the trip awakened his childhood fear of authority. His crisp tenor voice, tinged with a faint accent that is no longer identifiably Russian, came to me via satellite phone as he flew to Asia last November. Teenagers have their own way of transforming fear into defiance, Sergey reflects, remembering that his impulse on confronting Soviet oppression had been to throw pebbles at a police car. The two officers sitting inside got out of the car "quite upset" he says but, luckily, his parents were able to defuse the matter.

"My rebelliousness, I think, came out of being born in Moscow," Sergey says, adding, "I'd say this is something that followed me into adulthood."

At a bagel shop across the street from the Maryland campus where he has taught dynamical systems and statistics for 25 years, Michael talks of the discrimination that drove him to take his family out of Russia. It's a bitter cold day in College Park, reminiscent of winter in Moscow. Over a lunch of soup and sandwiches, Michael explains how he was forced to abandon his dream of becoming an astronomer even before he reached college. Officially, anti-Semitism didn't exist in the U.S.S.R. but, in reality, Communist Party heads barred Jews from upper professional ranks by denying them entry to universities. Jews were excluded from the physics department, in particular, at the prestigious Moscow State University, because Soviet leaders did not trust them with nuclear rocket research. Unfortunately for Michael, astronomy fell under the rubric of physics.

Michael opted to study mathematics instead. But gaining acceptance to the math department at Moscow State, home of arguably the brightest mathematicians in the world, also proved exceedingly difficult. Discrimination there was administered by means of entrance exams for which Jews were tested in different rooms from other applicants -- morbidly nicknamed "gas chambers" -- and graded more harshly. Nevertheless, with help from a well-connected family friend, Michael was accepted and in 1970 graduated with an honors degree.

"I had all As except for three classes where I got Bs: history of the Communist Party, military training, and statistics," he says. "But nobody would even consider me for graduate school because I was Jewish. That was normal." So Michael became an economist for GOSPLAN, the central planning agency. "I was trying to prove that, in a few years, living standards in Russia would be higher than in the United States," he says. "And I proved it. I know enough about math to prove whatever you want."

He continued to study mathematics on his own, sneaking into evening seminars at the university and writing research papers. After several were published, Brin began a doctoral thesis. At the time, a student in the Soviet Union could earn a doctorate without going to graduate school if he passed certain exams and an institution agreed to consider his thesis. Michael found two advisers, an official adviser, an ethnic Russian, and an informal Jewish mentor. ("Jews could not have Jewish advisers," he says.) With their help, he successfully defended his thesis at a university in Kharkov, Ukraine, but life didn't change much even after he received his Ph.D. He continued in his day job at GOSPLAN and received a 100-ruble raise. "I thought I was rich. Life was beautiful," he says with a wry chuckle.

For Genia, life in Moscow was also comfortable enough. She, too, had managed to overcome the entrance hurdles to attend Moscow State, graduating from the School of Mechanics and Mathematics. In a research lab of the Soviet Oil and Gas Institute, a prestigious industrial school, she worked alongside a number of other Jews. "I was content in my job and had many friends," she says. The Brins' encounters with institutional anti-Semitism did not extend to day-to-day interactions with colleagues and neighbors. Highly assimilated into Russian culture, they were part of the intelligentsia and had a circle of university-educated friends. Occupying a tiny, three-room apartment in central Moscow, 350 square feet in all shared with Michael's mother, they were better off than many Muscovites who still lived in communal apartments. After Sergey was born, on August 21, 1973, the courtyard of their hulking five-story building became his playground. In keeping with Russian tradition, Sergey spent two hours in the morning and evening each day outdoors, regardless of the season.

As we talk at the bagel shop, Michael keeps careful watch on the time. Every so often he leaps from his chair and dashes outside. This isn't just for a smoke, although he does light up. He's also keeping close tabs on the parking meters, his and mine, and takes care when the time runs out to drop in more quarters.
Article Continued On Next Page
Page: 2 of 7
5/20/2010 4:00:00 AM
more at patheos
1

The Gospel: Meaning and Magic Amid Decline
Cassidy McGillicuddy
2 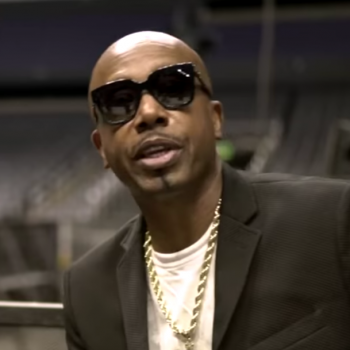 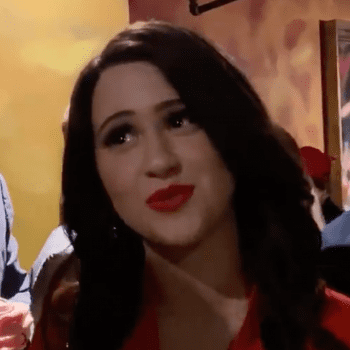 Borat's Daughter Snuck Into The White House
Andrew Hall
Get Patheos Newsletters
Get the latest from Patheos by signing up for our newsletters. Try our 3 most popular, or select from our huge collection of unique and thought-provoking newsletters.
From time to time you will also receive Special Offers from our partners that help us make this content free for you. You can opt out of these offers at any time.
see our full list of newsletters
Editor's picks See all columnists