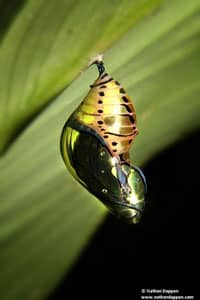 Weighing in alongside Scott Mitchell on fundamentalism from the Buddhist portal, I'd like to devote my space in the Public Square to the topic of violence. The word "fundamentalism" can conjure up the image of a devotion to a religious creed leading to a violent action committed in its name. The Buddha has powerful medicine for dealing with the poison of rage, and also the fear it can engender.

Peace Is Made of Non-Peace Elements

The Dhammapada is a record of words spoken by the historical Buddha. At the very outset, he deals with the human tendency to blame others for our suffering, pointing out it only leads to more suffering. And he states, unequivocally and simply: violence is never ended by violence, only by nonviolence. Can you put out a fire with gasoline?

Yet it's a lesson long in the learning. After all, in so saying, the Buddha didn't offer us a ticket to some other world apart from this. No, we live in an imperfect world -- but one from whose mud emerges the Lotus.

In fact, the mud feeds the flower; the two are interconnected, as is everything. (Have you heard the word? Ven. Thich Nhat Hanh calls this interbeing.) Peace is thus composed of non-peace elements.

We can see this is true in life. The Buddha wasn't speaking out of abstraction. He grew up as child of a military clan. Later, King Ashoka came to the Buddha's teachings after waging a horrific, violent, massive battle. In my own life, I think often of the man who first taught me formal Zen meditation (zazen), Dainin Katagiri Roshi, of blesséd memory. He was formerly in a kamikaze squadron, during the Second World War. I'm a dove, my dad was a hawk, and we loved each other as much as can a father and son.

And we have all known the suffering of war in our lives. The suffering of one war veteran affects so many other lives. From this perspective, let us examine the possibility of awakening from the nightmare of violence. We are all equally no different in our joy, as in our suffering.

Please Call Me By My True Names

Consider the text by Thich Nhat Hanh, entitled Please Call Me By My True Names (reprinted from Please Call Me By My True Names: The Collected Poems of Thich Nhat Hanh  © 1999, Parallax Press). He wrote it in 1982 on the way to the U.N. Special Session on Disarmament. Amid the moral pronouncements of other religious leaders addressing the session, he took the dais, read this, then sat down. It has been circulated ever since.

Less than 250 words, it's well worth reading aloud, as is any poem and any spiritual document. I think you'll see in this a kind of guided meditation, of great depth and potency, to realize for yourself and your loved ones.

Do not say that I'll depart tomorrow
because even today I still arrive.

Look deeply: I arrive in every second
to be a bud on a spring branch,
to be a tiny bird, with wings still fragile,
learning to sing in my new nest,
to be a caterpillar in the heart of a flower,
to be a jewel hiding itself in a stone.

I still arrive, in order to laugh and to cry,
in order to fear and to hope.
The rhythm of my heart is the birth and
death of all that are alive.

I am the mayfly metamorphosing on the surface of the river,
and I am the bird which, when spring comes, arrives in time
to eat the mayfly.

I am the frog swimming happily in the clear pond,
and I am also the grass-snake who, approaching in silence,
feeds itself on the frog.

I am the child in Uganda, all skin and bones,
my legs as thin as bamboo sticks,
and I am the arms merchant,
selling deadly weapons to Uganda.

I am the twelve-year-old girl, refugee on a small boat,
who throws herself into the ocean
after being raped by a sea pirate,
and I am the pirate,
my heart not yet capable of seeing and loving.