On Being A Neo-Pagan Fundamentalist 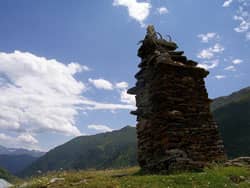 I am most certainly a Neo-Pagan Fundamentalist.

Before everyone screams and runs away, please allow me to define what that means. So far, in modern Pagan writings, no one else has used this term except as a joke, so I'm going to define it now once and for all, quite seriously. I am not defining this term by way of, or in comparison to, any Christian or Jewish or Muslim fundamentalism. Being a Pagan fundamentalist is very much its own thing. That being said, here are the absolute fundamental tenets of this brand of Pagan faith. You may or may not practice these and you may or may not agree with them, but I'm much more interested that you simply understand them.

Part of why I feel brave about doing this is that I doubt that anyone beyond a few of my friends and I really wants the label of Pagan fundamentalist. In fact, I suspect that there are quite a few people out there who fit this list and still don't want the label. That's okay. I'll take it off your hands and keep your secret. And if you don't fit this list, you can always use it as a rebuttal for anyone who accuses you of this ambivalent title.

1)    The first, and most important tenet, is that a Neo-Pagan fundamentalist actually believes in the existence of every single deity that s/he worships. Deities are not merely theoretical archetypes, nor vague energy forms that can be ordered about by the human mind, nor merely parts of our own deep selves. They do not depend on human attention and worship to exist, although the lack of it may weaken their connection to the world. They have their own lives and personalities when we are not interacting with them, and yes, they are more powerful than we are. God/desses are worthy of awe and worship. Yes, worship, with all that entails. They can see bigger and further than we can, and they understand things that our meat brains are not capable of, and they cannot be manipulated by us. (And yes, Jehovah exists too. We don't have to worship him, but we admit that he's out there. Pretending out of spite that he doesn't exist sounds like something that his followers do.)

2)    A Pagan fundamentalist is a strict polytheist. Not only do deities all exist, but they are not all merely faces of the same big deity, or even the same sort of deities. They are all part of Godhead in the same way that we are all part of Humanity, but they are not interchangeable, any more than you are interchangeable with that guy over there. On a cosmic level, you may be one with that guy over there, but if I owe you ten bucks and I give it to that guy over there, and plead our Oneness as One Being of Humanity, you are not going to be impressed. Similarly, Venus is not Freya or Oshun; Pan is not Horus or Frey; and so forth. Deities are different entities with different abilities, preferences, and standards for their worshipers, and to understand and attempt to fulfill these standards is a mark of respect for them. Conversely, to address one as another or to ignore what we know of their standards and preferences is severe disrespect, and may possibly create offenses.

There are, of course, grey areas. Some deities may actually be the same -- the Norns and the Moerae have hinted that they are the same ladies in different costumes -- and sometimes you run into different goddesses who have had the same experience, myths, titles, etc., but still seem to be separate entities -- Inanna and Ishtar come to mind. There is also the issue of the Really Big Gods -- the pre-human ones who are larger than all the "human-like" gods, such as the Green Man, the Mother, the Hunter, etc., who seem to predate humanity and are further away and more distant in personality. But these grey areas could fill an entire book. Suffice it to say that for practical purposes, a Pagan fundamentalist deems it appropriate to treat all deities as separate beings unless specifically told otherwise by the deities in question.

(As a corollary to #2, we believe that the Otherworlds are real as well, although what we know of them may be riddled with misinformation and assumptions.)

4)    To a Pagan fundamentalist, Paganism is not a cool hobby, or thing that one partakes in on occasional weekends. It permeates every part of life. The values implied by Paganism, which may vary a good deal depending on their specific tradition, pervade our entire lives. They affect where we put our resources of time and money. They affect how we create our families and tribes. They affect how we respond to other human beings. They affect how we have sex and take out the garbage. If they don't, they ought to. It's part of how we do things. The point is not that we all have the exact same values and ethics; we don't. Traditions vary. It's that whatever they may be, they are not just theorized about when convenient. They are lived, fiercely and thoroughly and daily, even when they are terribly inconvenient, even when they make our lives that much more difficult.