I am a Christian, a historian of science, and a committed advocate for evolution. I've always thought that the best way to persuade creationists they are mistaken is to engage with them and explain that evolution need not conflict with their faith. You can present the evidence for evolution until you are blue in the face, but many creationists have already decided that Darwinists are simply following an atheist agenda. So they assume that believers in evolution are not acting in good faith and consequently their evidence can be ignored. Without that presumption of good faith, no amount of argument will shift a single soul.

But creationists are few and far between in my acquaintance over here in England. I once gave a talk, for instance, to about 150 English students aged sixteen to eighteen. In a show of hands, only two admitted they thought evolution was false. This was despite the fact that they were all focusing their studies on religion, and so might be expected to be more sceptical about Darwin than, say, science students.

So, when I was offered the chance to discuss evolution live on air with Bob Enyart, an American young-earth creationist radio host, I jumped at it. I'd already done a publicity interview on his show for my book God's Philosophers, and I was invited back to talk about how I managed to be a theist and a Darwinist. The experience was certainly an eye-opener.

Richard Dawkins once said that "if you meet somebody who claims not to believe in evolution, that person is ignorant, stupid or insane (or wicked, but I'd rather not consider that)." It rapidly became clear that Bob was none of these things. For a start, I know a fair bit about evolution and genetics. But when it came to familiarity with the arguments, he was way ahead of me. On epigenetics, RNA/DNA chemistry, and animal physiology, I was hopelessly outclassed. Bob is not ignorant. And it is pretty clear he is neither stupid nor insane. He came across, in fact, as extremely intelligent. So perhaps he is wicked? Well, despite a brush with the law a few years ago, I am sure he is nothing of the sort. Comments such as those made by Dawkins only further undermine the presumption of good faith on the part of creationists and Darwinists.

So if I had tried to win an argument on the science, he would have shot me to pieces. Instead, we mainly talked about the Bible. Bob is a young earth creationist because he takes the accounts in Genesis 1 and 2 completely literally. I do not, and I don't think that this is a problematic stance for a Christian. It turned out that Bob was as much an expert on biblical scholarship as he was on biology. Again, he and I drew different conclusions, but at least we were speaking the same language.

For instance, he accepted, in line with current scholarship, that the Genesis accounts might be partly polemical, intended to defend monotheism against other ancient Middle Eastern theologies. He also accepted that even if the biblical authors thought they were writing literal truth, we are entitled to discover other levels of meaning. Finally, we agreed that before the 16th century, everyone read their Bibles with the assumption that Aristotle was right about the Earth being stationary at the centre of the universe. As a result they took certain biblical passages literally (for instance Psalm 104:5, "He set the earth on its foundations; it can never be moved") that we now read figuratively.

I didn't manage to persuade Bob and I probably didn't convince his listeners either. But I did put the case that Christians, even those who believe the Bible to be inerrant, do not have to be creationists. And I got the chance to explain this to thousands of religious conservatives who would dismiss anything that came from an atheist out of hand. So, if the first step in winning an argument is getting a hearing, then my venture onto Talk Radio must be counted as a success.

The first part of the discussion between Dr. Hannam and Bob Enyart can be found here.

James Hannam earned degrees in physics and history from Oxford and London universities, and his doctorate in the history of science from Cambridge University. Learn more about Dr. Hannam and his work at http://www.bedejournal.blogspot.com/, or purchase his book, God's Philosophers: How the Medieval World Laid the Foundations of Modern Science, which the Sunday Times has called "a spirited jaunt through centuries of scientific development" that "captures the wonder of the medieval world: its inspirational curiosity and its engaging strangeness."

For more articles like this, see the Evangelical Portal. For more from Dr. Hannam, see "Science Versus Christianity?" 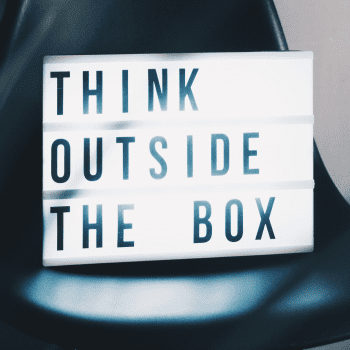 Religion Keeps You From Being Moral
Andrew Hall
3 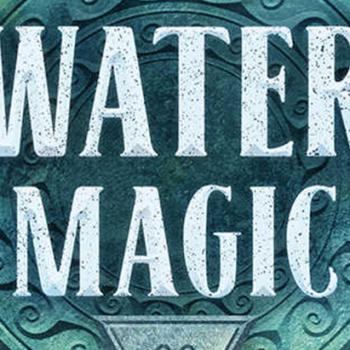 If Thine Enemy Offend Thee, Rub Him Out
James Haught
Get Patheos Newsletters
Get the latest from Patheos by signing up for our newsletters. Try our 3 most popular, or select from our huge collection of unique and thought-provoking newsletters.
From time to time you will also receive Special Offers from our partners that help us make this content free for you. You can opt out of these offers at any time.
see our full list of newsletters
Editor's picks See all columnists