Frontiers of Hinduism: The Next Generation

While the traditions of Hinduism were transported outside the borders of India since ancient times, the contemporary establishment of Hinduism in the western world is without historical precedent. A new immigration act in 1965, initiated by President Kennedy, opened the doors of the United States to immigrants from India and the three decades that followed witnessed a significant influx of Hindu immigrants from India and other parts of the world.

The construction of a temple is a traditional expression of Hindu faith, and temples have become the most visible signs of the contemporary establishment of Hinduism in the United States. It must be remembered, however, that the community here is of recent origin, and immigrants who were born in India and who still retain strong family, linguistic, and cultural ties with the sub-continent construct almost all of these temples. The descendants of these immigrants, however, will determine the future of Hinduism, and the outward focus on temple construction often conceals the serious challenges faced by the Hindu tradition as it seeks to establish new roots and to ensure its transmission in a new context.

Historically, Hinduism has embraced both religion and culture, and the disentanglement of one from the other is quite difficult. The detachment of religion and culture, however, is rapidly becoming a reality in the experience of a new generation of Hindus born in the United States. The traditionally pervasive influence of Hinduism is relegated to fewer areas of life. How will the Hindu tradition develop and thrive in a context in which it does not exert a pervasive cultural influence? Will it be limited to ritualistic practices in the home and temple? What will be its public character, if any? These are vital questions that challenge us today.

A relevant and creative Hindu tradition cannot afford to be a passive object of change, but must choose to become an active participant in the debates and struggles that are currently shaping public values. It will have to journey into its wisdom teachings to retrieve those essential insights that will guide its response to significant contemporary issues and challenges. It will have to actively seek out and establish partnerships and join in the discussions that will determine the character of our nation. It will have to shift from a mentality of complacency, historically engendered by its numerical and cultural dominance in the Indian sub-continent, to one of youthful and self-critical vigor. Hinduism must increasingly embrace the fact that religion is not only the private issue of an individual's search for the ultimate, but must also be concerned with the values in the public sphere, with justice in economic, social, and gender relationships.

The unity of religion and culture, to which I have already referred, obviated the need for special agencies for the transmission of the tradition. It was correctly assumed that a child would receive the necessary religious exposure by the mere fact of growing up in a particular community. In a secular society of competing cultural and religious choices, the future of Hinduism can no longer be guaranteed by the fact of birth. Increasing numbers of Hindus will be Hindus by choice and will have to be reconverted or converted to Hinduism. Hinduism will not have a future unless it offers convincing arguments that demonstrate its ability to satisfy the universal human need for fulfillment in ways that are both individually and communally meaningful.

Hindus are and will be increasingly challenged to articulate and transmit their tradition in a manner that places more emphasis on its doctrinal content and stance. Hinduism will be challenged into a more explicit and self-conscious reflection and articulation of its worldview. There is a rich tradition of intellectual debate and discussion in Hinduism and a concern for doctrinal clarity and definition evinced in the commentaries of classical luminaries such as Shankara and Ramanuja. The recovery of this often-neglected tradition will serve Hinduism well in its advent into the future.

The decentralization and lack of organization which have characterized Hinduism and which may be explicable in its Indian context may not be assets in its current reality. Still to be developed is a credible theological institution that offers a contextual education for western-born Hindu teachers. Priests and teachers who serve in temples and who teach in communities are still imported, but they lack sympathetic understanding of the conditions of life in the west and are unable to help Hindus, especially young men and women, interpret their tradition in a relevant way to their particular circumstances. This also deprives the community of a potential body of committed teachers who have a background in the intellectual disciplines and critical methods of the west and who can bring these to bear creatively in their reflection on the Hindu tradition. The recruitment, training, and renewal of such teachers will be vital for the survival and growth of the Hindu tradition.

WAP: The Degenerate National Anthem of Our Country
Grayson Gilbert
2 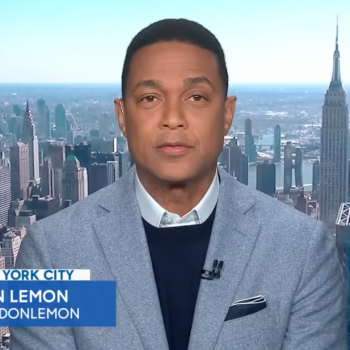 Evolution Denialism: Survival of the Fittest as a Tautology
Jonathan MS Pearce
Get Patheos Newsletters
Get the latest from Patheos by signing up for our newsletters. Try our 3 most popular, or select from our huge collection of unique and thought-provoking newsletters.
From time to time you will also receive Special Offers from our partners that help us make this content free for you. You can opt out of these offers at any time.
see our full list of newsletters
Editor's picks See all columnists