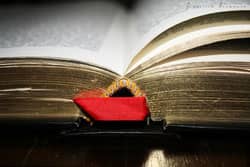 When the man heard that I was a Pentecostal, he no longer wanted to talk to me.

True story. I was in the first year of my graduate work, and I was talking with another student about the class we had just begun.

We chatted for a while, and he asked if I were in ministry. I told him that I had been a pastor, but presently I was devoting all my time to school. Then he asked what church I had pastored.

I told him that I had just resigned my senior pastor position in an Assemblies of God church.

Then he said, rather impolitely, that he didn't wish to speak with me anymore. I was dumbfounded, and I asked "Why not?" He said that he "knew about Pentecostals" from watching "Christian television," and he wanted nothing at all to do with them. Then he turned and walked away.

I just stood there trying to figure out what had just happened.

A week later when our class met, I approached the man and asked if we could talk after class. He said he was busy and didn't have the time. So, I seized the opportunity right then and told him that I too was appalled at much of so-called Christian television, and that though I was a Pentecostal, I was not like what he'd seen on TV.

But it was too late. His mind was made up, and from that point on, we shared little more than a classroom and an occasional nod of recognition.

Too bad too, because we probably held far more in common with each other than he realized. I knew one thing that we held in common already, our disdain for much of so-called Christian TV.

But, I also knew one thing that we did not hold in common: his overgeneralizations of terms and labels.

Recently in a class I was teaching, someone mentioned "Fundamentalists" in a most derogatory way. The person went on to identify Fundamentalists as fanatical religious zealots who manipulate the Bible to confirm their legalistic beliefs.

Someone else in the class was shocked. She considered herself a Fundamentalist but did not identify at all with the caricature that had just been portrayed.

Is there a difference? You bet there is, and to blur the distinction is to paint with broad stokes various people into one fanatical camp.

Recently, I received an email from a man who asked me, "I was also curious how you would describe the difference between fundamentalists and evangelicals, particularly conservative evangelicals."

As I told him, there is no way to make full clarification of this in an email; so too, there is no way to do full justice to this question even in a Coffee Talk, but I think it is important for Christians to at least know some basic distinctions so that we can begin to understand each other.

So, in this CT, and maybe in ones to come, I will attempt to make some clarifications about certain terms and titles. I think that the terms Fundamentalist and Evangelical are good ones to start with.

The problem with terms is that they are not static. They can change in meaning over the years as people abuse them. Also, a person who has been a Christian for the last 20 or 30 years and who has not studied Christian history may not even know that the term Fundamentalist was once the favored term by Bible believing Christians.

R. A. Torrey (educated at Yale and the former superintendent of Moody Bible Institute and former dean of Biola University) served as editor of the last two volumes of a four-volume set called The Fundamentals (now published by Baker Book House). In the preface of this four-volume work, Torrey wrote that in 1909 two Christian laymen funded an ambitious project "that would set forth the fundamentals of the Christian faith." This project culminated in a 12-volume set that was sent free of charge to pastors, missionaries, Sunday school superintendents, and others engaged in Christian work.

You see, it was during this time that theological liberalism was gaining much ground in the church, and people were being taught that the Bible was a fairy tale book of myths and legends. These liberals denied the deity of Christ, and dismissed his substitutionary death for our sins. So, some Bible-believing people worked very hard to set forth a written document that would clearly explain the fundamentals of the Christian faith (i.e., orthodox doctrines). Some have summarized these fundamentals into six primary doctrines of the Christian faith. Here they are (in my words):