Holy War: A Jewish Problem, Too

As Jewish holy war has entered religious and political discourse in relation to the Israel-Palestine conflict, so has the increase of Jewish atrocities in the name of a higher cause. It reached its peak in the mid-1980s to mid-1990s with the maiming and murder of Muslim non-combatants by the Jewish Underground, the massacre of Muslims in prayer by Barukh Goldstein, and Yigal Amir's assassination of Prime Minister Yitzhak Rabin.

Holy war ideas continue to inform the behavior of many religious settlers to this day, though there has been a concerted effort by both the Israeli government and the settler movement to refrain from committing such blatant atrocities. 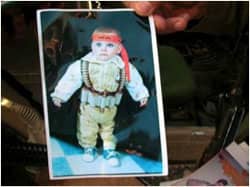 Radical Muslim terrorists maim and kill in the name of God, perverting the normative Islamic legal traditions in their self-proclaimed justification for the mass slaughter of innocents. Where are the imams and other Muslim religious leaders who should be condemning these hideous acts? And while we have the right to ask where are these voices, we will have little impact on the complex internal debates that confront the Muslim communities in this country and the rest of the world.

Holy war is a dangerous reality. We have now felt its sting. Let us, therefore, before we try vainly and patronizingly to intervene in the internal debates of another religious community, put our own house in order.

We must neutralize if not eradicate the ugly and gravely dangerous revival of holy war within Judaism. The first step is to acknowledge its existence. The next is to engage in public discussion within our own community, especially among the spectrum of religious leaders, to mitigate the inherently self-destructive and ultimately immoral efforts to define our fighting with the Palestinians as a holy war.

Reprinted with permission from Sh'ma (December 2001).