Is the Tea Party a 'Social Justice' Movement?

Editorial Note: This is the first in a three-part "Tea Party Suite." The second installment will be published next week. 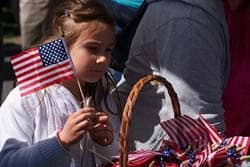 As I made my way on an April morning from Harvard Square to a Tea Party Express rally on the Boston Commons, a quotation and a question wound together in my mind. The quotation is a familiar one from William F. Buckley, that he would rather be governed by the first two thousand people listed in the Boston phone directory than the two thousand who comprise the faculty at Harvard University. Buckley was not condemning intelligence or intellectual achievement. He was expressing trust in the moral intuitions and pragmatic sensibilities of ordinary Americans, and indulging in a playful bit of sacred cow tipping.

The liberal aristocracy are apt to swoon not over intelligence -- which is found just as much in nurses, mechanics, and executives as it is in the halls of academe -- but over the appearance of intelligence, advanced degrees and faculty appointments, the trappings of an elite education. As Buckley understood, a graduate degree is all too often an elaborate exercise in the avoidance of common sense. Impressionable minds are encouraged to reject the conventions of broader society and conform to the trends and fashions of the illuminati instead, and to cultivate the superior disdain of the learned herd for the unlearned horde.

All of this was abundantly in evidence at the Boston Tea Party rally. Animosity and ignorance, prejudice and bigotry, aggression and scorn for "the other" were on full and lurid display on that otherwise beautiful spring morning (see pictures here). However, very little came from the Tea Partiers themselves. More by far came from the numerous counter-protestors, many of whom had obviously shambled over from the scores of colleges and universities scattered around the Boston/Cambridge area. They held signs extolling the entertainment value of abortions, mocked the participants, and accused them of all the usual phobias and -isms.

Sign-holders who were apparently in secure possession of their mental faculties were scarcely bothered by reporters and photographers. Yet the journalists were irresistibly attracted to those (and there were a few) who wore hunting gear or combat fatigues or otherwise looked like they might have just left a militia meeting. These fit the narrative the journalists had been determined to tell ever since they had woken up that morning.

What I witnessed in the Tea Partiers, however, were a moral, sensible, and patriotic people who had a justified concern that their representatives have grown disconnected from those they represent, and are perpetuating a dysfunctional political culture that will thrust our country back to the precipice of economic collapse. Washington cannot pour rivers of money we do not possess into thousands of programs we do not need, in exchange for the mountains of votes that will keep them in power, and complain when the taxpayers get upset. The Tea Partiers are not objecting because they would rather leave the poor to rot than surrender a little more of their money; polls show (as I will discuss in the next part of this series) that Tea Partiers are perfectly willing to accept the need for moderate taxation and social services. Rather, Tea Partiers are objecting because they fear that Washington is caught in a vicious circle of reckless spending and political payback that will cripple our economy and harm all Americans, rich and poor.

This led to the question on my mind that morning. Since it is intent on the formation of a more accountable and more restrained government that will better serve the interest of all Americans: Is the Tea Party movement a social justice movement?

When I asked this question of my beloved liberal friends, they were mortified. There may be no quicker way to help a food-poisoned progressive empty the contents of her stomach than to suggest that the Tea Party movement is just as much a "social justice" movement as are living wage or immigrants' rights movements.

The reason for their response is simple. For many religious progressives, "social justice" has eclipsed the old God in whom they no longer quite believe. The hope of a socially just world has not complemented and enriched (as it should) but impoverished and occluded their hope of eternity with God. Thus, for them, social justice is the final refuge of the transcendent, the one pure act that remains in a tarnished world, the last vision with the power to stir the graying embers of their religious devotion.