"The Palestinian who blows himself up is a person who is defending his homeland. When he attacks an occupier enemy, he is attacking a legitimate target. This is different from someone who leaves his country and goes to strike a target with which he has no dispute."

In contrast, Timothy Winter (Sheikh Abdal Hakim Murad) of Cambridge University maintains, "this kind of targeting of civilians, for instance, the aberrant use of terrorist violence is something that really is very new... It hasn't gained much inroad into the leadership of the religion, but in the masses on the streets, as it were, particularly in very tense, unnatural places like Gaza, the slums of Baghdad and other places, it does have a certain standing unfortunately. And this is the great challenge of the leadership of the religion - how to reassert orthodoxy in the face of a growing groundswell of fundamentalist revolt."

The point is this. Islam, like other religions, distinguishes between legitimate and illegitimate acts of violence.

Reprinted with permission from On Faith.

John L. Esposito is professor of religion and international affairs at Georgetown University, founding director of its Prince Alwaleed Bin Talal Centre for Muslim-Christian Understanding and author of What Everyone Needs to Know about Islam and Unholy War: Terror in the Name of Islam. 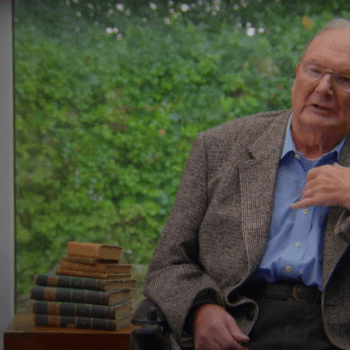 Do all paths lead to God? Why John Hick’s pluralism empties Christianity of...
Erik Strandness
2

Faith in a Time of Pandemic - A Wondrous and Humorous Universe
Bruce Epperly
Get Patheos Newsletters
Get the latest from Patheos by signing up for our newsletters. Try our 3 most popular, or select from our huge collection of unique and thought-provoking newsletters.
From time to time you will also receive Special Offers from our partners that help us make this content free for you. You can opt out of these offers at any time.
see our full list of newsletters
Editor's picks See all columnists