Mythology, Media, and the Future of Hinduism

The gods of Hinduism have never been up there in some cold palace playing cruel whimsical games of fate with humans. Instead, they have taken their place among us. They have let us call them friend, cousin, son, mother, and teacher, and adore them as such. For it is only in relationships that we humans adore, and it is only in adoration that we learn the lessons of the gods: to live in friendship with ourselves and others, to attain a sense of justice in our actions, and to surrender into serenity. That is the story about our gods, and it is a story that has been told countless times over the millennia, in words, songs, gestures, sculpture, and art.

Since the early 20th century, the stories of the gods have found new forms in the mass media. Indian cinema in its early years was almost entirely a mythological genre. Even when the Bombay film industry moved away from this, the thriving regional language cinemas of South India produced grand mythologicals well into the 1970s. In the 1980s, when Indian television came of age, its most popular serials were mythologicals. The media boom of recent years brought forth a new wave of animated mythological shows and movies. And for nearly four decades, one distinguished comic book series, Amar Chitra Katha, has made the stories of the gods familiar to young modern readers.

How the media retell the stories these stories is a matter of some consequence. After all, for many Hindus, these stories are not just stories in the sense of fairy tales. These stories have been the template for our lives, helping us see Krishna in our children or Shiva and Parvathi in our parents. We see them as more than entertainment, but how we see them today and how we will see them in the future is a crucial question. Hindu myths have survived much over the centuries through a complex form of cultural negotiation and resistance against the forces of colonialism. In the present day, mythology may not seem overtly in danger of extinction, but will have to be thought through carefully to remain as vibrant and vital as it has always been.

At present, Hindu mythology is under strain from two opposite tendencies that are not entirely unrelated to broader debates about religion and politics in India and the diaspora. There seems to be a "didactic" extreme and an "experimental" extreme in current approaches to the tales of the gods. The didactic tendency views mythology as a litany of facts about history and geography. It shows up in some of the recent animated mythological movies. The gods are depicted as pop culture superhero figures while a pedantic voice recites facts about them. The experimental tendency, on the other hand, sees mythology as open to virtually any sort of reinterpretation without regard to virtue or intent. Some artists and intellectuals espouse this view, and end up assuming that any imputation of sanctity to mythology is inherently fundamentalist.

Despite these unfortunate extremes, it is my belief that the tales of the gods, like the philosophy that is infused in them, like Hinduism as a whole, are deeper and more resilient than any constraint that our time in history can put on them. Commercialism may have turned mythology into a mere media formula, with virtually any movie being cited as a retelling of the Ramayana and Mahabharatha. Politics may have rubbed the stories of the gods the wrong way, from Right and from Left, leaving out the greatness of heart in them altogether. But when we look at the history of our "myths" more accurately, we will surely discover what it was about them that made them both timeless and timely for so many generations down the depths of time.

Even in the relatively short span that these tales have appeared in the media, great contributions have been made. For instance, long before mythologicals allegedly provoked religious extremism by turning up on Indian television in the 1980s, they were sparking the spirit of Gandhi, social reform, and Indian independence to life in the stages and cinema halls of early 20th-century India (read more here about film pioneers Phalke and Nagiah). The question for us to ask now is what the tales of the gods need to liberate us from in the future. In an age of terrorism, wars, environmental degradation, financial hoaxes, and mass mediated delusions, the need for the tales of the gods is stronger than ever. The challenge for us is simply to tell them better.

Cadbury urged to drop ad featuring same-sex kiss: The courage we need and the...
Jim Denison
2 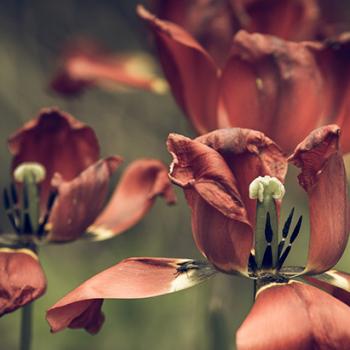 Another Night, Another Death
Bader Saab
3

Another Reason for Getting Rid of Screens in Church: The Posture of Worship
Jonathan Aigner
4

Retired At Last!
Linda LaScola
Get Patheos Newsletters
Get the latest from Patheos by signing up for our newsletters. Try our 3 most popular, or select from our huge collection of unique and thought-provoking newsletters.
From time to time you will also receive Special Offers from our partners that help us make this content free for you. You can opt out of these offers at any time.
see our full list of newsletters
Editor's picks See all columnists