Searching for the Roots: Islamic Fundamentalism 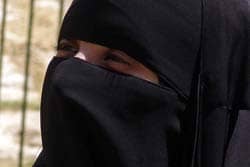 How can one rationally explain the rise of Islamic fundamentalism today? Why in the age of reason, rationality, and secularism have large numbers of people in the Muslim world gravitated and embraced a religious fundamentalist conception of the world? From radical fundamentalist groups such as Al Qaeda and the Taliban to more mainstream organizations such as the Muslim Brotherhood (in Egypt) and the Jamaat-e Islami (in Pakistan), the Muslim world seems to be dominated by fundamentalist Muslims. Where can we search for answers? History and sociology, rather than ideology, provide a lens to grapple with this growing social phenomenon.

Throughout human history during times of great social transformation and political turmoil, a natural concomitant has been the revival of religion. This is an observable sociological and historical phenomenon that transcends borders, ethnicities, and civilizations. During the Mongol occupation of Russia (1237-1480), for example, the Orthodox Church experienced one of its greatest periods of growth. A similar phenomenon occurred in the United States in the mid-19th century with the onset of the Industrial Revolution. Stated simply, social upheaval engenders a reaction where one seeks stability and security by a return to the basic and the familiar. This often means religion. Muslim societies are no different in this regard.

James Piscatori has perceptively noted that, "religion, precisely because in the past it answered questions about life and death and provided its followers with moral links to each other, becomes the means by which individuals hope to answer the new question of what it is to be modern, and, in so doing, to gain perhaps a reassuring, common world-view. In this respect, born-again Christians and veiled-again Muslims are responding to the same broad phenomenon." The upheavals associated with modernity, as Piscatori suggests, are central to understanding the rise of religious fundamentalism.

Modernization, it should be emphasized, is a traumatic process. In the Western experience it took several hundred years to develop its secular and democratic institutions, much of it through a process of trial and error. The historic intra-Christian wars of religion, political persecution, genocide, the Industrial Revolution, the exploitation of workers, the rise of nationalism, and two world wars, resulted in a profound change in all spheres of life -- political, economic, intellectual, and religious. Today we are witnessing a similar process of transformation in developing countries with concomitant destabilizing effects. One comparative difference is that these changes are taking place more rapidly in the Muslim World (in the last half of the 20th century) than they did in the Western experience, which unfolded over the course of hundreds of years.

It is important to appreciate that the modernization process in the Muslim world has been very different in many respects. Unlike in Europe where it was largely an indigenous process, in the case of Muslim societies, modernization began as a direct result of the colonial encounter with Europe. Instead of innovation, the Muslim experience was one of imitation in an attempt to play catch up with the West. Muslim countries in the post-colonial era have been split unhealthily into two camps: the elites, who have received a Western-style education and internalized secular values and a large majority that has not. Many regimes are ruled by a gerontocracy of aging men while the majority of their populations are under the age of 30. Most political change since the era of formal independence has been forced top-down on society in an accelerated manner, not bottom-up via an indigenous process of social evolution and democratic negotiation.

In 1935, for example, Reza Pahlavi (the father of the last Shah) ordered his troops to go into the streets of Tehran to forcibly remove -- at bayonet point -- the veil from women's heads. These policies were matched in neighboring Turkey by Mustafa Kemal Atatürk's harsh secularization and Westernization of Turkish society. Two generations later, in the same authoritarian way that the Pahlavi monarchy forcibly removed the veil, Ayatullah Khomeini and his Islamic revolutionaries imposed it on Iranian women with equal determination and rigor. Similarly, the rise of political Islam in Turkey can partially be explained as a counter reaction to Kemalist secularist policies that were imposed on a religious society -- 99.8 % of which are Muslims -- in a top-down manner to the exclusion of Turkey's Islamic character. It is against this backdrop that we should situate and explore the emergence of Islamic fundamentalism as a historical phenomenon.