Shariah in the West

More important, the Sunday Telegraph's description of Shariah was vague and appeared deliberately alarmist. No distinction was made in the reportage between Shariah as religious law involving the personal matters of Muslim observance, such as diet, form of prayer, charity, male circumcision, and burial -- which is how most Muslims in the West view Shariah -- and what the newspaper described as follows: "Islamic law is used in large parts of the Middle East, including Iran and Saudi Arabia, and is enforced by religious police. Special courts can hand down harsh punishments which can include stoning and amputation." The British non-Muslim public was left with the strong impression that nearly half of British Muslims sought the introduction of stoning and amputation as punishments in the country, with the threat that such would be applied to non-Muslims.

The scenario was nightmarish and, as a media projection, profoundly irresponsible. Unfortunately, this impression was reinforced by more accurate reporting on Shariah practice in Britain -- specifically, on the emergence of informal "Shariah courts," which handle divorces for Muslim women who were married in Pakistan or India. If their marriages were not recorded with the British authorities, they cannot seek a U.K. divorce. These courts often leave wives at the mercy of their husbands on the pretext of reconciliation, but also charge the petitioners for divorce large sums to examine their cases. Proponents of the Islamic divorce system in Britain have called for governmental authority to back up the decisions of these improvised tribunals.

The 2006 Sunday Telegraph poll was organized after years of quiet penetration, as well as flamboyant radical agitation, in favor of Shariah-based practices in Britain. Shariah-compliant financial products, which do not invest on the basis of earning interest or in Islamically banned economic sectors involving alcohol, pork, gambling, or other vices, had been offered to British Muslims by British banks and investment houses since the early 1980s. By 1997, British financial institutions had similarly launched Shariah-compliant housing finance.

As the 20th century ended, radical Shariah rhetoric in the West was exemplified by a British Muslim extremist, Egyptian-born Abu Hamza Al-Masri, who in 1999 justified the murder of Britons kidnapped in Yemen and stated that he organized military training for his followers inside Britain. He titled his organization Supporters of Shariah (SOS). His appearance was notable because of his loss of both hands and an eye, allegedly in Afghanistan, and use of prosthetic hooks at the ends of his arms. Abu Hamza Al-Masri defined terrorism as follows: "If it means killing a few people to stop the killing of more people it is justified." After a series of arrests, his dismissal as a mosque preacher, and other incidents, he was sentenced in 2006 for inciting murder and racial hatred. In 2008, the British authorities ruled that he could be extradited to the United States to face terrorism charges, but he remains in British custody while U.K. courts decide if his imprisonment in Oregon, while on trial, would violate his civil rights.

Al-Masri was a minor figure, notwithstanding his considerable media impact. A more alarming suggestion was voiced in 2008, in a television program, "Divorce Shariah Style," broadcast by U.K. Channel 4. Sheikh Hassan, the senior judge and secretary of the oldest Islamic law body in Britain, the Shariah Council at Regents Park Mosque in London, said, "We know that if Shariah laws are implemented then you can change this country into a haven of peace. Because once a thief's hand is cut off, nobody is going to steal. If only once an adulterer is stoned, nobody is going to commit this crime at all. There would be no rapist[s] at all. This is why we say that, yes, we want to offer it to the British society. . . . And if they don't accept it, they would need more and more prisons."

Radical Shariah agitation has been less prominent in the Netherlands, Germany, and France. Dutch Muslim agitation against the politician Geert Wilders, who is frankly anti-Islam, has generated small but noisy demonstrations for Shariah to be introduced into Europe. Mohammed Bouyeri, the killer of the Dutch filmmaker Theo Van Gogh in 2004, was reported by Dutch media to have declared that the country's "parliament will be renamed a Shariah court and the chairman's gavel will fall to ratify Islamic [criminal] sentences." Such statements are obviously alarming to secular Europeans. But no Dutch poll has indicated a significant share of local Muslim opinion in favor of Shariah; nor has such a result appeared in Germany.

In France, Le Monde des Religions, a special-interest journal published by the leading Parisian daily, completed a poll of French Muslims in 2008 that showed a very different picture from that in Britain. On Shariah, 75 percent of those polled in France were opposed to its imposition: 38 percent said Islamic law does not apply in non-Muslim countries, while 37 percent declared that some elements of Shariah could be applied if they were adapted to French law. Only 17 percent claimed that Shariah should have jurisdiction in all countries, and 8 percent declined to comment. 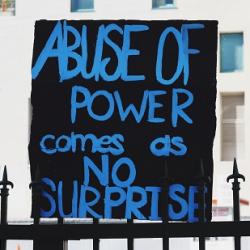 The Entire Goal of Authoritarianism: Oppression of the Powerless
Cassidy McGillicuddy
4 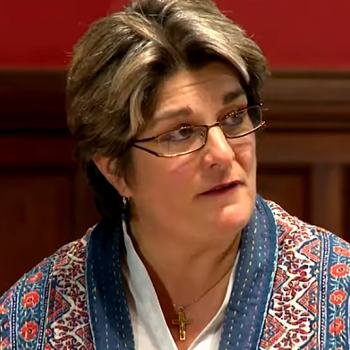 Both sides in 'gay cure' debate accuse each other of ignorance
Barry Duke
Get Patheos Newsletters
Get the latest from Patheos by signing up for our newsletters. Try our 3 most popular, or select from our huge collection of unique and thought-provoking newsletters.
From time to time you will also receive Special Offers from our partners that help us make this content free for you. You can opt out of these offers at any time.
see our full list of newsletters
Editor's picks See all columnists