Summer Reading: What Book Has Changed Your Life?

By the Mainline Protestant Team 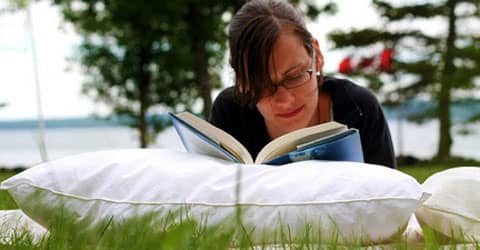 If you had to choose one book that has most deeply affected your faith life over the past ten years, what would it be? That's the question we posed to some of our favorite theobloggers and authors at the beginning of summer. We also invited them to share the one book they think every Christian should read, but probably hasn't yet. Their varied and inspiring responses are below.  Let the summer reading begin!

Christians pay a lot of pious lip service to the idea that we are supposed to become like Christ. We want to emulate his ministry, respond to his teachings, and walk in his ways. Fair enough. But a huge part of becoming like Christ is participating in the two acts that defined everything else Jesus accomplished in his earthly lifetime: dying and being resurrected. I'd be the first to read Resurrection for Dummies if it were only available as a how-to guide, but I think the folks at Wiley have had a tough time finding an author who's been through the experience. On the other hand, why would I need such a book? I already have Harry Potter to show the way.

This summer, every Christian should read or re-read Harry Potter and the Deathly Hallows. Yes, I know that you thought I was going to say that every Christian should delve into some obscure medieval saint or pick through postmodern theological mumbo-jumbo. Nope, just read Harry Potter. It's all there: the agonizing decision in Gethsemane, the preciousness of loving sacrifice, the triumph of resurrection. There's even an unforgettable scene in King's Cross station -- get the double entendre? -- in which Harry makes his crucial choice to save humanity. His victorious return testifies to the Christian truth that evil will one day be bound -- notice how Voldemort's voice loses its power after Harry's resurrection -- and finally vanquished. It makes me weep with joy every time, especially when I listen to Jim Dale reading the audio book.

Christ has died. Christ has risen. Christ will come again.

Read the interview with Jana Riess at Patheos: Tweeting the Bible.