In Jewish history, both former and recent, there are no "new lows in man's inhumanity to man," only old lows, repeated and recycled. In fact, the way Danny was murdered, by decapitation, was the murder mode of choice during the Chmielnicki massacres of 1648-49, when nearly 100,000 Jews were slaughtered.

In his grief, Professor Pearl finds it hard to comprehend why, after spending a week with his gentle son, seeing "his radiating humanity," his captors did not repent of their hatred. After knowing him for a week at close range, how could they have killed him?

The Jewish tendency to trust in the humanity of those who hate us is as old as Jew-hatred itself. In the Hebron Massacre of 1929, sixty-seven Jews were tortured and brutally murdered by their Arab neighbors who had lived next door to them for decades. The story of Ben Tzion Gershon was typical.

Ben Tzion, who had worked for years as a pharmacist in the Hadassah clinic in Hebron, was known for his acts of kindness to his Arab neighbors. He was so sure of their gratitude, so compassionate for their plight, that he opened his door to an Arab woman feigning labor pains on the first night of the rampage. The mob, hiding in the shadows, rushed in, tied up Ben Tzion, and gang-raped his wife. When he pleaded with them, calling them by their names to stop, they replied, "If you don't want to see it, you don't have to," and proceeded to poke out his eyes. In front of the Gershons' two daughters, their neighbors dismembered both Ben Tzion and his wife. The story was testified to by one of the daughters, who lived for a week before dying of her wounds. The other daughter spent the rest of her life in a mental institution.

Danny Pearl's captors knew him for six days. Ben Tzion Gershon's murderers had known him -- had benefited from his kindnesses -- for decades. The assumption that if they only knew how good, how humane we are, they wouldn't hate us is a tenet of humanistic fundamentalism that its proponents hold despite all the historical evidence to the contrary.

Trusting the compassion and essential goodness of our enemies is a naiveté Jews cannot afford. In today's Israel, surrounded by Arabs committed to eradicating the only non-Muslim state in the Middle East, trusting in the humane intentions of our "peace partners" is worse than naiveté; it is sheer madness.

The War with Iraq

There is no more patent example of this refusal to recognize evil than the worldwide opposition to America's effort to dethrone Saddam Hussein. How many thousands of his own citizens does he have to gas to death, how many millions does he have to kill and maim in aggressive wars, how many weapons of mass destruction does he have to amass before he will deserve the appellation of evil in the eyes of the demonstrators in Paris, Berlin, and Moscow?

Here in Israel, the country most likely to be targeted by Iraqi missiles carrying chemical warheads, the preparation for the upcoming war is in full swing. The entire population, now including foreign workers and tourists, has been outfitted with gas masks. Every supermarket is selling "war plastic," "war tape," and first-aid kits as impulse items at the checkout counters. Every household has received a 52-page color booklet instructing us, among other things, on how to seal a room, what to stock in our "protected space," where is the nearest emergency medical station, and the anticipated "behavior of children in an emergency situation," starting at 0-2 years of age.

Last week drills were held in every school in Israel to rehearse the students for what to do in the event of an Iraqi missile attack. (We had thirty-nine such missile attacks during the first Gulf War.) When the siren sounds, everyone is supposed to dash to a designated sealed space.

My eight-year-old son studies at a small religious boys' school on Mt. Zion, some ten minutes away from our home in Jerusalem's Old City. Mt. Zion has three principle buildings: A giant cathedral called the Church of the Ascension, an ancient Crusader complex that houses my son's school, and the "Chamber of the Holocaust."

This last structure, put together by survivors in the early 1950s, was the very first museum in the world to commemorate the Holocaust. Unlike the large, well-endowed Holocaust museums at Yad Vashem, Washington, and Los Angeles, this one has a single stark room of exhibits: a lamp shade and shoe insole cut out from a Torah scroll, soap made from Jewish fat, and photographs of piles of naked corpses, their ribs protruding under their starvation-stretched skin. The rest of the Chamber of the Holocaust consists of walls covered with memorial plaques, each one commemorating not an individual, but an entire Jewish community.

Salt City Pagan: My Paganism and My Politics
Tyson Chase
3 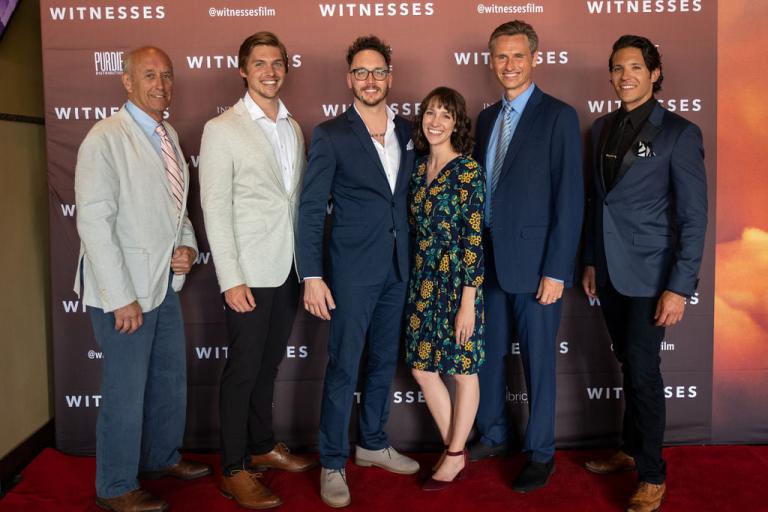 Kellogg’s introduces LGBT-themed cereal for Pride Month: Protecting our kids...
Jim Denison
Get Patheos Newsletters
Get the latest from Patheos by signing up for our newsletters. Try our 3 most popular, or select from our huge collection of unique and thought-provoking newsletters.
From time to time you will also receive Special Offers from our partners that help us make this content free for you. You can opt out of these offers at any time.
see our full list of newsletters
Editor's picks See all columnists