Ask the Rabbis: Why are Jews called the "Chosen People"? 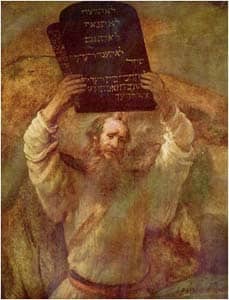 About 3,300 years ago, a tiny, beleaguered group of nomads became the trustees of a set of revolutionary ideas that, unbeknownst to them, would one day change the world. Unlike their neighbors, who understood nature as the capricious expressions of a pantheon of anthropomorphic gods, this small band of Semites insisted that the entire universe was governed by a unified system of laws that derived from the will of a single, benevolent, and transcendent creator. Moreover, this nascent nation rejected magic, divination, and superstition as valid means of religious worship; refused to bow down to any object or human being; and embraced the pursuit of wisdom, justice, and mercy as the ultimate spiritual values.

The possession of these remarkable concepts was not simply a privilege; it was a moral responsibility of the highest order. Like their forefather Abraham, who left his birthplace to spread monotheism throughout the ancient Near East, the Jewish people were charged with the mission of sharing their newfound insights with the entire human race. It is in this sense that they are a "Chosen People": They were selected as God's ambassadors to every nation on Earth, to enlighten, to educate, and to challenge mankind with their innovative and provocative philosophical message.

Our objective as the Chosen People is no less relevant or urgent in modern times than it was in antiquity. Although the task is daunting, the goal of universal peace and harmony is worth whatever sacrifices it may demand from us.

Many Jews feel extremely uncomfortable with the concept of "Chosen People." To suggest that we are somehow closer to God than other nations smacks of arrogance, elitism, and racial prejudice. Yet these very feelings of discomfort could come only from a people chosen by God.

In the Jewish understanding, chosenness leads not to arrogance but to humility. A relationship with God bursts your arrogant bubble because all delusions of petty self-importance fall away when you stand before infinity. Being close with God demands never-ending introspection and self-improvement.

This is the idea of the Chosen People -- a nation of individuals who have been given the opportunity to sense God's closeness, hear His truth, and relay His message to the world. All agree that it was the Jews who introduced the world to monotheism and to a system of ethics and morals that has shaped the modern view of life. The survival of Judaism attests to the eternal value of this system.

To call this ethnocentric is absurd for one simple reason: Anyone from any ethnic background can convert to Judaism and become chosen, as long as he or she is ready to have his or her bubble burst. Jewish chosenness is not a gene; it is a state of the soul.

Jews are a Chosen People. That means we have (repeatedly) experienced God's love, which singles out our dignity and uniqueness.

While God's love is not conditional, we were selected for a mission to, as God said to Abraham, "instruct His children and family after him to observe the way of justice and righteousness . . ." This became a source of blessing for the world. By connecting people to God, Jews served as teachers, continuing to work with other groups for tikkun olam.

In modern times, some object to the concept of chosenness because it implies the inferiority of the Other. I would say instead, that Jews are special, but we are not the only Chosen People.

Chosenness actually upholds the principle of equality by removing its downside. In any attempt to achieve equality, there is a great danger of homogenization and collectivism. Chosenness says all are equal but we are chosen to play a distinctive role. Thus Jews may be called to Judaism and a different witness, while Christians may be called to Christianity to give their distinctive testimony. "Together, peoples and faiths can contribute -- equally but differently -- to tikkun olam. Chosenness upholds that we are God's messengers -- if you will, on a mission from God -- but that "God has many messengers."

As a Conservative Jew, a day does not pass that I do not wrestle with my belief in the chosenness of Israel. Being chosen is primarily a responsibility. It doesn't entitle me to special rights; it obligates me to acknowledge my unique role in the world. Being chosen is an opportunity to live a unique life and to teach others by word and deed.