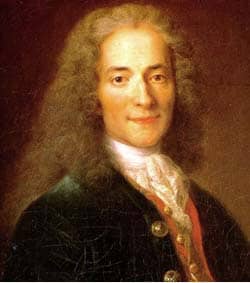 The above title is taken from a chapter in the eminent sociologist Rodney Stark's recent book What Americans Really Believe. Anti-Christian prophets such Thomas Woolston (1670-1731) and Voltaire (1694-1778) foretold the disappearance of religion. In the 1960s, anthropologist Anthony Wallace claimed, "The evolutionary future of religion is extinction." Belief in supernatural forces affecting nature without obeying its "laws" will "erode and become only an interesting memory." Around that time sociologist Peter Berger was quoted in The New York Times as saying that religious believers "are likely to be found only in small sects, huddled together to resist a worldwide secular culture." However, in 1997 Berger took it all back, as the world had gotten more religious since that assertion. Atheists are ever the minority in our global village.

The rise of the New Atheism, led by what Stark calls "angry and remarkably nasty atheists," is attested to by several bestsellers, which have presumably signaled a breakthrough for atheism -- "that large numbers of Americans were now ready to stand up and admit they didn't believe in God." Despite recent claims that the number of atheists has risen sharply in recent years, the evidence reveals something else: "what most people who say they have no religion mean is not that they are irreligious, but that they have no church."

The percentage of atheists in America revealed by, say, Gallup polls and the Baylor Survey, shows a tenacious consistency over the years: 1944: 4 percent; 1947: 6 percent; 1964: 3 percent; 1994: 3 percent; 2005: 4 percent; 2007: 4 percent. I found it interesting that "the majority of children born into an irreligious home end up joining a religious group -- most often a conservative denomination."

This is true in other countries as well: even in secularized Europe the vast majority don't claim the title "atheist" (the highest is France with 14 percent -- the same percentage as China). The former Soviet Union and its Eastern bloc satellites -- despite decades of atheistic indoctrination -- now show only a mild residue of atheism: just 1 percent in Poland, Romania, Georgia -- though the atheists in Bulgaria and the Czech Republic are 6 percent and 8 percent respectively. In Russia the score is the same as in the United States: God 96 percent, atheism 4 percent! Despite systematic efforts to "cram" atheism down the throats of citizens in the former Soviet Union and China, these have failed miserably. The Communist authorities just didn't understand religion, and neither do the new Atheists. Rodney Stark's says this about the New Atheists' attempts to stamp out religion: "To expect to learn anything about important theological problems from Richard Dawkins or Daniel Dennett is like expecting to learn about medieval history from someone who had only read Robin Hood."

Why all the hype about a surge of atheism? Well, what appears to be a rising tide of atheism in America is simply the result of an overrepresentation of New Atheism by the media. And despite receiving maximum coverage on all fronts, Michael Novak notes that "there is an odd defensiveness about all these books -- as though they were a sign not of victory but of desperation."

This is no occasion for smugness and apathy, however. There is much work to do! As David Kinnaman's book unChristian (Baker) reminds us, many outsiders to the church have negative reactions to "Christians," who appear judgmental, out of touch, hypocritical, and so on. On the other hand, Rodney Stark gives us statistical reminders that God has placed eternity in our hearts and that human beings are incurably religious. Even the New Atheists' affirmation that human beings are "hard-wired" to believe in a supernatural agent (the Oxonian Christian philosopher Justin Barrett talks about the worldwide phenomenon of children being "intuitive theists"), but the New Atheists think this "reductionistic explanation of religion" actually eliminates the reality of God. Actually, this genetic hard wiring actually reinforces the reality of God's existence! In Augustine's words, "You have made us for Yourself, O God, and our hearts are restless till they find rest in you."

Paul Copan is professor of philosophy and ethics at Palm Beach Atlantic University in Florida. He received his Ph.D. in philosophy, with an emphasis on philosophy of religion, from Marquette University. He is the author and editor of many books, he maintains a lively website, and he blogs regularly at Parchment and Pen, where this post first appeared.

Look for Dr Copan's forthcoming book in the Fall, Is God a Moral Monster? Making Sense of the Old Testament God (Baker).

For more articles like this, visit the Evangelical Portal.