Challenges and Opportunities: Speculations on a Buddhist Future

Second, the increasing role of women in Buddhist leadership presents a terrific opportunity. For the past couple of generations, both in Asia and the West, women's power within society and religion have been increasing, and while much remains to be done before true parity is achieved, there can be little doubt that women are making great strides in Buddhism. Enhanced female leadership would increase the number of women who come to or remain within Buddhism, and bring new perspectives to Buddhism's practice and dissemination. Also, since women tend to be more immediately impacted by social changes than men, and have greater roles in rearing children and passing on religion within the family, the involvement of women ensures both that Buddhism will be more responsive to economic and other trends in society, and that Buddhists will take an active role in promoting the continuance of religion in new generations.

A third opportunity lies in the interaction of Buddhism and science, including ecology. Many of the studies on the benefits of meditation are poorly designed and produce results that are less impressive than headlines might suggest. But there is still much that can come out of the encounter between Buddhism and the sciences. Certain fields, such as psychology, can clearly benefit from contact with Buddhism, but it is Buddhism that has the greater opportunity in this encounter. Buddhist interpreters have proven highly adept at adapting Buddhism to a new scientific idiom and emphasizing those aspects of the tradition that are most consonant with areas such as modern physics and environmental science. Continuing the dialogue with scientific developments can keep Buddhism fresh and provide language and tools for expressing Buddhist spiritual and psychological insights, as well as giving it greater relevance compared to other religions more intimately tied to anti-modern mythologies and worldviews.

And finally, a bit of a cheat, because the fourth opportunity I perceive is the realization that the four challenges I listed are also potential boons for Buddhism as well, if navigated carefully and intelligently. The passing of 20th-century Buddhist giants will be sad, of course, but it also provides younger leaders with new perspectives the chance to steer the future course of Buddhism. Military and social tensions imperil Buddhism and Buddhists, but Buddhism may be able to help diffuse conflicts, or, if necessary, respond to them in mindful and effective ways, increasing local and international respect for the religion and pushing it toward positive contributions to society. Christianity's challenge to Buddhism can be seen as the necessary spur to induce Buddhist innovation, solidarity, and organizational efforts; dialogue with less aggressive forms of Christianity offers the opportunity to learn from other people also struggling with religious life in the contemporary world. Others may have practices or approaches that can be productively adapted and applied in a Buddhist context. And finally, the decline in religious values is also a moment of potential for Buddhism, if handled properly. The growing number of "unchurched" persons in both Asia and the West are a large pool of possible new converts, especially for those who are willing to present aspects of Buddhism, such as meditation, pragmatically, without expecting adherence to more rounded and traditional approaches. And materialism may have built into itself the seeds of its own destruction: if the Buddhists are right, then ultimately material values will prove dissatisfying and secularized people will begin searching for greater meaning, in which case the Buddhists will have a ready-made explanation for the ennui and disappointment that speaks to the spiritual condition of such seekers.

Jeff Wilson is an Assistant Professor of Religious Studies and East Asian Studies at Renison University College, University of Waterloo. He is the author of Mourning the Unborn Dead: A Buddhist Ritual Comes to America and the founding chair of the Buddhism in the West program unit of the American Academy of Religion. 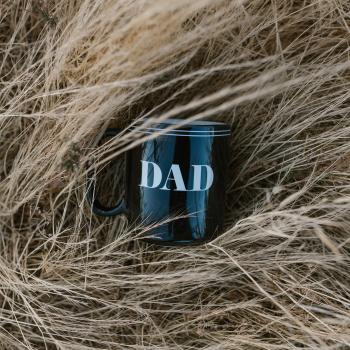 Another Mass Gravesite Found at Another Catholic-Run Canadian Residential...
Hemant Mehta
Get Patheos Newsletters
Get the latest from Patheos by signing up for our newsletters. Try our 3 most popular, or select from our huge collection of unique and thought-provoking newsletters.
From time to time you will also receive Special Offers from our partners that help us make this content free for you. You can opt out of these offers at any time.
see our full list of newsletters
Editor's picks See all columnists