It's been thirty years since the publication of my volume American Buddhism. When it appeared, my academic colleagues in Buddhist Studies were quick to point out that there was no such thing as "American Buddhism," and my first application for a sabbatical to study American Buddhist communities in the San Francisco Bay Area was initially rejected by my department head who said, "How can you study something that doesn't exist?"

I didn't have many Buddhist friends in the university either, because American Buddhists who happened to also be Buddhist Studies professors -- individuals I started calling "scholar practitioners" in the early 1990s -- were closeted, afraid that their Buddhist identity, if known, would negatively impact important career decisions. When I first revealed to my students at Naropa Institute in the summer of 1975 that I had been a practicing Buddhist for ten years, they were utterly shocked.

Those early years were trying times for scholars studying American Buddhism and for American Buddhists alike. Bob Thurman wouldn't be chosen as one of the twenty-five most influential Americans by Time magazine until 1997. Classic books like Meditation in Action and Zen Mind, Beginner's Mind were popular, but there wasn't much else, and virtually no scholarly academic studies. But in between the cracks, there was a lot going on in the American Buddhist scene, most of it in the arena of practitioners.

Today, every Buddhist sectarian tradition from every Buddhist culture is represented in North America. Guesstimates of just how many Buddhists there are in America range from 1.5 to 6 million Buddhists, of which perhaps 20 percent are American converts.Further, Gary Ray's old 1994 bromide, "There's nothing lonelier than a Buddhist in Alabama," just doesn't fit any longer. The latest research shows over 2200 individual Buddhist centers in America (including a dozen in Alabama).

Not only is there an abundance of Buddhist centers, but there are some wonderful online resources and blogs. Buddhists throughout the world are now linked together by a mouse-click. Walk into any big box bookstore in America and you'll find many dozens of well-written popular books on virtually all aspects of Buddhism, authored by all the leading Buddhist authorities from Thich Nhat Hanh to Jack Kornfield. Open any of the great Buddhist magazines, like Buddhadharma, Shambhala Sun, or Tricycle and you'll find a plethora of advertisements for Buddhist retreats, workshops, lectures, centers, commodities, and online resources, as well as notices about literally dozens of American Buddhist teachers, Western and otherwise.

What does this incredible abundance of Buddhist resources in America mean for Buddhist practitioners and scholars? Can an early pioneering observer of the American Buddhist scene like me see this onslaught of Buddhist everything in a positive light. Absolutely! Today we are witnessing an American Buddhism that is exciting, filled with vitality, meets peoples' religious and personal needs on many levels, and has helped us engage in improving the human endeavor throughout the world.

The new world of American Buddhism that is emerging today is unlike anything we could have imagined in thirty years ago. It has developed, I think, in large part because of the ecumenical cooperation between practitioners and scholars. In a culture that fosters a mostly non-monastic lay membership, the scholar practitioners have come to fulfill the role of the scholar monks of Asia, generating a Buddhist literacy among current practitioners that is unrivalled anywhere. 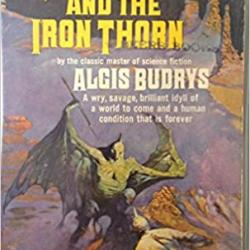 And speaking of Plato...
Coyle Neal
2 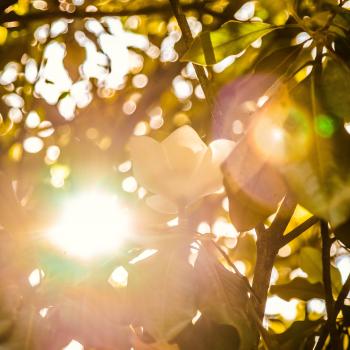 Common Grace, 2.51
Coyle Neal
Get Patheos Newsletters
Get the latest from Patheos by signing up for our newsletters. Try our 3 most popular, or select from our huge collection of unique and thought-provoking newsletters.
From time to time you will also receive Special Offers from our partners that help us make this content free for you. You can opt out of these offers at any time.
see our full list of newsletters