Since suffering is the most elemental and pivotal concern of Buddhism, as expressed in the Four Noble Truths, and since suffering will continue to escalate in human experience, Buddhism will inevitably become increasingly important throughout more of the world during the 21st century.

Suffering will increase because of the pressures of human population growth; because of the failure to distinguish between needs and wants, mindfully moderating the latter; and because of the assumptions of industrial society and capitalist economies that unlimited material growth and economic development are possible in spite of a limited resource base. As a consequence, competition, inequality, conflict, violence, and war will only intensify in the future and generate ever more suffering. These factors have recently contributed to diverse economic, political, social, and environmental crises, notably the poisoning of the Gulf of Mexico with pollution from the catastrophic oil leak of the Deepwater Horizon since late April 20, 2010, and the growing problem of global climate change, which is likely to persist for centuries.

From the above perspective, the greatest challenge to Buddhism in the future remains that of enhancing people's awareness about the causes of suffering. Buddhism needs to draw attention to the sources of suffering at the individual, societal, and global levels, including the futility of prioritizing the material over the spiritual. Buddhism provides a solution to suffering, or at least for greatly reducing it, through the Noble Eightfold Path, whose application includes the ecological as well as the personal. The ongoing environmental crises ranging from the local to the global levels has been an arena for unprecedented interfaith dialog and collaboration. Buddhism has been an important contributor to this conversation since at least the 1986 Assisi Declarations, sponsored by the World Wildlife Fund on the occasion of its 25th anniversary celebration.

Modern means of communication, especially the internet, facilitate the sharing of ideas and information as never before. Such tools are only likely to proliferate exponentially in the future as they have done previously, and in unanticipated ways with far-reaching ramifications. The internet is among the most democratic of institutions of any time or place in the world, limited only by an individual's access to it, unless there is some kind of censorship. Accordingly, there are unprecedented opportunities for sharing the wisdom of the Buddha, surely as relevant today as it was millennia ago, if not even more so. For example, of the 15,000,000+ websites on Buddhism revealed by Google.com, 708,000 address Tibetan Buddhism. Through these sites, many refugees in the Tibetan diaspora, including the Tibetan government in exile in Dharamsala, India, have found solidarity.

Buddhism spread throughout much of Asia over more than two millennia. In recent centuries, it has spread beyond Asia into much of the rest of the world. In these successive phases of the historical diffusion of Buddhism, its universal themes have been manifested in particular variations in response to regional, historical, cultural, and political contexts. This spread has not necessarily involved conversion of individuals from other religions, although that has happened as well, but often it has involved simply the recognition of the enduring validity and utility of the core principles as well as some of the traditional practices of Buddhism, the latter including meditation. Thus, individuals may embrace aspects of Buddhism while continuing to pursue another religion.

More than any other Buddhist, His Holiness the 14th Dalai Lama of Tibet has facilitated the worldwide diffusion of information about Buddhism in recent decades. His best-selling book Ethics for the New Millennium (Riverhead Books, 1999) is obviously influenced by his life and study in Vajrayana Buddhism, but in it he pursues a generic universal ethic independent of any particular religion. Instead, his ethic is grounded in the natural unconditional love of the mother for her child and, accordingly, actively engaging deep empathy, compassion, and loving-kindness toward her child. If that attitude and action were extended to encompass all beings, then harmony, nonviolence, peace, and justice would prevail. The collective consciousness of humanity would be profoundly and enduringly transformed. It is noteworthy that the spread of Buddhism into Tibet eventually transformed the ideal role of the male from warrior to monk, one historical illustration of the potential of Buddhism to generate change.

How Did We Get Our Bible?
Kermit Zarley
2 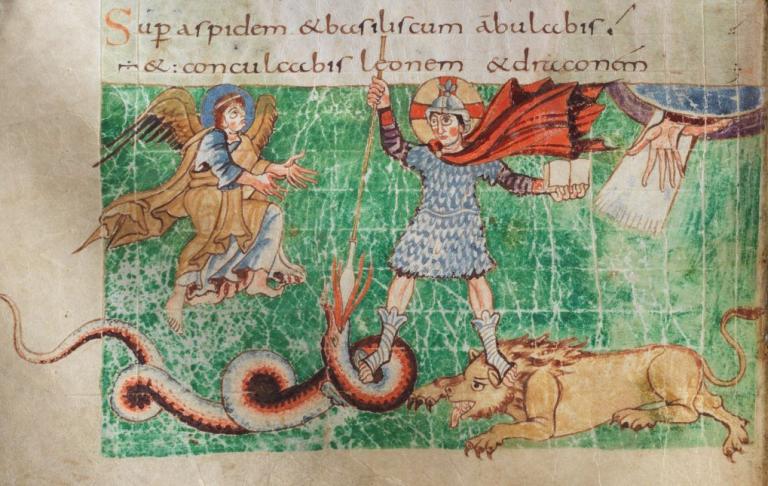 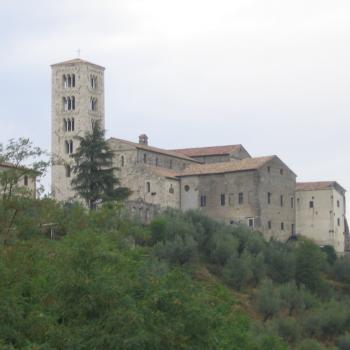 On God's Providence
Father Pablo Migone
Get Patheos Newsletters
Get the latest from Patheos by signing up for our newsletters. Try our 3 most popular, or select from our huge collection of unique and thought-provoking newsletters.
From time to time you will also receive Special Offers from our partners that help us make this content free for you. You can opt out of these offers at any time.
see our full list of newsletters
Editor's picks See all columnists