The Future of Jewish Prayer

As far as anyone can tell, there are three trends in the Jewish family that aren't going away any time soon: secular humanism (a move away from theistic Judaism), interfaith marriage, and cultural homogeny. And each of these themes will move Judaism in new, amazing directions.

Secular Humanism, non-theism, atheistic Judaism: no matter what you call it, it's the future of the Jewish world. A Harris Poll study found that around 50 percent of Jews are atheist or agnostic, and clearly of the remaining half who do believe in G-d, there is an amazing diversity on what this G-d is actually like.

The root of Jewish prayer (t'fillah) is the word "l'hitpalel." Loosely translated, it means to dig into yourself and analyze what you are. This seemingly non-theistic interpretation of prayer as a form of personal reflection is a good stepping stone for the future of davening: with one foot in the past with its grammatical interpretation and another foot in the future, where fewer and fewer Jews look to G-d as a man in the sky that makes the rain fall. The future of the Jewish soul is a movement away from G-d, toward a greater understanding of those values that are, in and of themselves, g-dly.

For a long time, interfaith marriage was viewed as the archenemy of the Jewish world. Dating sites like JDate and Frumster (now JWed) popped up with the promise that it's not too late to find your Jewish mate. But now, over half of all marriages with a Jewish partner are interfaith. These couples are burdened with the task of "how do we raise our children," and in many cases they either pick one religion over the other or settle for a "celebrate both" approach that in many cases leaves the kids without an identity at all.

There is a reason why Messianic Judaism is skyrocketing. It solves this major issue of how to reconcile two separate faiths. Other Jewish hybrid religions like Jewish-Buddhists, Jewish-Hindus, and Jewish-Wiccans show that a cafeteria approach to religion is simply the reality of our post-modern world.

How our liturgy will solve this issue is a movement toward what I can best call Universalist Judaism: a Judaism that is rooted in the spiritual values that all religions share, but with a slightly Jewish cultural inflection. Today, we already have Jewish yoga (Bibliyoga) and the Jewish Meditation Center (which recently won a Joshua Venture Grant) as evidence to the fact that the Shema and Amidah just aren't cutting it.

On a similar note, the radical digital globalization of society is going to move Jews away from prayer and into spiritual alternatives. Prayer in many ways is about connecting: but why connect when you already have a laptop and Blackberry to "connect" you in any way you want. Last year, I suggested that Twitter and Facebook minyanim form. I laughed at myself when I came up with the idea, but I'm now eating my words because my friend Miriam, the singer for Stereo Sinai, recently involved me in her home havdalah. Via Skype.

It might sound like I'm spelling out the tragic end of Jewish prayer. But in reality, more good will come of this future than not. There are many, many realms of spiritual Judaism that have yet to be explored, and most of it will be inspired by a revisioning of the past. Jewish devotional poetry, Jewish liturgical music (especially Sephardic influenced), independent minyanim and havurot will come from this movement away from traditional prayer. While it may feel, for a while, that Jews are giving up tradition, in reality what's happening is a reinvestment in the future of Judaism.

Patrick Aleph is the executive director of PunkTorah, a non-profit dedicated to independent Jewish spirituality and culture. He has been featured on CNN.com, The Jewish Daily Forward, MyJewishLearning, FrumSatire, and plenty of other awesome Jewish media conspiracies. Recently, Patrick helped launch the new prayer site called 3xDaily. In addition, Patrick has lent his d'var Torah skills to G-dcast, performed in the upcoming independent punk film 1/20 (written by Matthue Roth), and was recently in the Jewcy 100. Patrick is also the singer for the rock band Can!!Can on JDub Records and enjoys feeding his fiancée's guinea pigs. 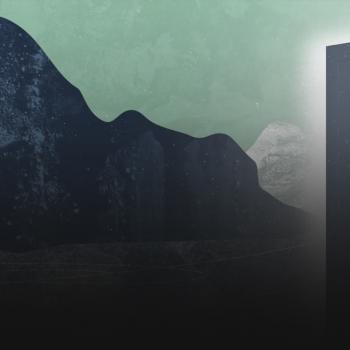 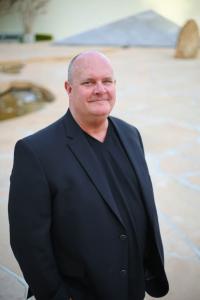 ON OPENING THE WAY: Foundations of a Spiritual Life
James Ford
4

Violent Self-Righteousness From The Pulpits
C. Don Jones
Get Patheos Newsletters
Get the latest from Patheos by signing up for our newsletters. Try our 3 most popular, or select from our huge collection of unique and thought-provoking newsletters.
From time to time you will also receive Special Offers from our partners that help us make this content free for you. You can opt out of these offers at any time.
see our full list of newsletters
Editor's picks See all columnists