Getting an 'Amen' Isn't Enough

By Anthony B. Pinn

Decades ago Joseph Washington proclaimed "in the beginning was the Black Church and the Black Church was the black community . . ." And for quite some time this statement went largely unchallenged within scholarship and public conversations regarding African Americans and their religious commitments.

The civil rights movement, considered the apex of mid-century religious activism, and its assumed links to black church thought and practice provided those who supported that assertion fuel for this imperialistic depiction of African American Christianity. However, growing disillusionment with black churches (sparked in part by the decline of the civil rights movement) and the assumed opportunity for socio-political and economic advancement beyond that framed by the conservative thinking of these churches resulted in declining church membership during the 1970s and 1980s. And even when African Americans re-entered these churches during the 1990s, the arrogance once marking discussions of black churches didn't hold.

Studies suggest large numbers of African Americans believe in God, or consider themselves religious. So what? Increases in the number of African American Muslims, greater visibility of African-based traditions, more vocal atheistic and humanistic orientations, and so on make the existence of black churches evident within the context of a religious landscape marked by difference and competition:  "The black church was the black community" . . . hardly.

Black church leaders and members spent the late 20th century and the beginning of the 21st century rethinking the significance and importance of black churches. In some instances, this meant a deeper entrenchment in conservative theology and corresponding practice -- e.g., anti-gay marriage thought and activity. In other cases, the prosperity gospel, which took on a colorful presence during the mid-20th century through figures such as the late Rev. Ike, gained the attention of large numbers of those seeking to more intimately connect their religious commitments with an embrace of the socio-economic dimensions of the American Dream. Still others attempted new versions of the social gospel by which pressing socio-political issues took priority as Christian obligations in pulpits across denominations. All this speaks to an evolving identity crisis within black churches -- marked by a desperate effort to maintain an illusionary dominance and centrality to African American life writ large.

In response some churches have attempted (without much thought) to incorporate cultural production with the end result being something along the lines of religio-tainment. Some readers are familiar with this through the spotlight recently placed on hip hop churches, for example -- Jesus, with a beat . . . and ‘bling.' Others, as they pray harder and longer, refuse to surrender to trends and instead deny that the world is changing and placing new demands on old institutions. In many cases, these efforts speak to desperation -- a wild effort to maintain an honored place in African American socio-cultural memory.

This situation is both a challenge and an opportunity for black churches. It is a challenge in that it forces black churches to re-evaluate theological commitments and old patterns of practice. In other words, keeping that "old time religion" won't keep churches viable. It is also an opportunity, a chance to expand beyond the usual conversation partners and to prioritize the needs of African Americans over time-bound interpretations of scripture and church doctrine -- to replace "it has always been this way" with the needs of the community. 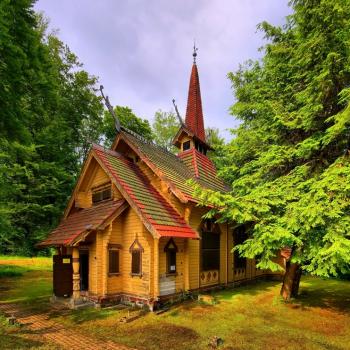 Atheists Are Helping Save an Old German Church By Turning It Into a Public...
Hemant Mehta
3 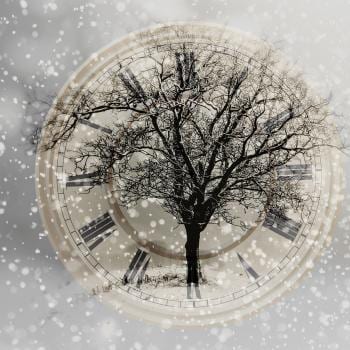 Five Ways to Spot Spiritual Abuse
Mary Pezzulo
Get Patheos Newsletters
Get the latest from Patheos by signing up for our newsletters. Try our 3 most popular, or select from our huge collection of unique and thought-provoking newsletters.
From time to time you will also receive Special Offers from our partners that help us make this content free for you. You can opt out of these offers at any time.
see our full list of newsletters
Editor's picks See all columnists