God is Not One: An Interview with Stephen Prothero 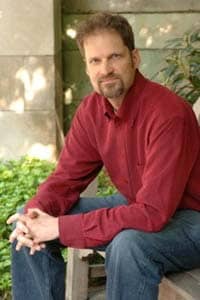 Stephen Prothero's God Is Not One, is really the book that many readers expected they were buying when they purchased Religious Literacy in 2008. Now, these books almost form a two-volume set. The first book reported on the problem of widespread ignorance about religion. For example, most Americans can't name the four gospels. But, there wasn't room in that first book to include all the fascinating Religion 101 material that many readers expected to find there. Now, in 2010, God Is Not One offers us engaging, discussion-sparking overviews of eight major world faiths. This new book really is Religion 101 as taught by a very popular teacher.

One big innovation in Prothero's new book: There's an entire section on the Yoruba religion and its many colorful forms now morphing around the world, including in American neighborhoods.

Yes, it's also true: The new book opens and closes with Prothero's rather startling arguments rebuffing the work of some other popular teachers like Huston Smith and Karen Armstrong. But the core of God Is Not One is a very substantial look at eight of the world's most important religions. In short: If you've got a small group that wants to explore other religious traditions on a weekly basis, this book will keep your members excited and full of conversation for two months.

It's important to understand that, while Prothero definitely disagrees with Smith and Armstrong on some key points, Prothero is not calling for religious friction. He is not a throwback to the days when many American writers wrote about other world religions mainly to prove them wrong and to show American missionaries how to convert their members. On the contrary, Prothero argues that his clear-eyed approach to teaching about religious differences can form a stronger basis for civil acceptance of all major religions.

Highlights of David Crumm's interview with Stephen Prothero on God Is Not One:

Given your title, I think readers will be surprised at what they'll find between this book's covers. First, there is a passionate manifesto here, trying to steer educational programs about religion away from the Huston Smith model that focused on the universal similarities between religions. But, the vast majority of this book is really a "great read" about eight of the world's biggest religions. Am I correct that you're sandwiching two different goals between these covers?

Then, there also is this argument I'm making that shows up more in the introduction and the conclusion to the book. Maybe it does have a manifesto feeling to it. It's my response to the Huston Smith crowd that promotes the idea that all religions are the same and are good. But there's more to my argument than just a response to Huston Smith. I'm also responding to the new atheists who say all religions are the same and are bad. And, I'm responding to all those people who say their own individual religion is the only good and the only right religion. I'm trying to thread the needle here between all three constituencies.

You've got a lot of memorable lines in this book. Here's one from early in the book: "Religion is not merely a private affair. It matters socially, economically, politically and militarily. Religion may or may not move mountains but it is one of the prime movers in politics worldwide." This seems particularly true in a post-9/11 world.

Since 9/11, we are all aware that religion has an undeniable public presence in the world. Before 9/11 as a religious-studies scholar, I had to explain to people what I do. That included my colleagues at my university and people I met at cocktail parties and in airplanes. People thought if you used the word religion in your job title, then you had to be a minister or some kind of evangelist. But now we're all aware of religion as a force in the world.

I still think there are a lot of false views out there: Some say religion is going away; some say religion is just for idiots; and some say we don't have to worry about religion because religion is a good thing. All three are false. What we witnessed on 9/11 was religion being dangerous. Now, we understand that religion has such force. I think we get that religion can be dangerous. But, here's the problem: I think we still don't know much at all about religion. The next step is: We need to learn about this force in our world.