Into the Mainstream: Buddhism, Mysticism, and Ecumenism

Buddhism is something of a "stealth" religion in North America. At least to judge by its treatment in the mass media, Buddhism is seen as something rather rare and exotic. When media figures, politicians, and even academics discuss religious diversity in America, Islam is usually the first religion they add to the traditional list of Judeo-Christian faiths.

Yet when the Pew Religious Landscape Survey asked a random sample of Americans to name their religious affiliation in 2007, 0.7 percent said they were Buddhist while only 0.4 said they were Muslim. There is, moreover, good reason to believe that this figure significantly underestimates the actual number of Buddhist practitioners. The majority of Buddhists in America were not born into the tradition, but are converts, and their difficulties with what they view as the rigidity and intolerance of other faiths often make them reluctant to proclaim any sectarian religious identification. Perhaps more importantly, Buddhist teachings themselves warn about the dangers of grasping at any kind of self-identification, including that of being a Buddhist.

If we look at other measures, the number of Buddhists is much larger. A 2009 survey by the Purdue Social Research Institute found that 2.2 percent of adult Americas visit a Buddhist teacher or monk at least a few times a year, 2.7 percent practice Buddhist meditation at least one a month, and 3.1 percent read Buddhist literature at least one a month. (In reality, these statistics are probably also underestimates, since they exclude those who identified themselves as Asian Americans.) By these measures, the percentage of Americans who are Buddhists is actually significantly larger than the 1.7 percent who told the Pew survey they were Jewish in religion. Most surprising of all, is the remarkable finding of the 2003 Religion and Diversity Survey funded by the Lilly Endowment that 12.5 percent of Americans felt that Buddhist teachings had an important influence on their thinking about religion or spirituality.

Clearly, this is not a rare or exotic religious movement.

What does all this portend for the future? Although my crystal ball is a little cloudy just now, it seems indubitable that Buddhism will move from the fringes of American religious life into its mainstream, if it has not already done so. But what will its role be in this new age of multiculturalism and globalization? Although the answer is far from clear, it seems to me that Western Buddhism is the quintessential example of a religious movement based on direct religious experience, rather than doctrines, rituals, devotional practices, or a promise of community support. Demographically, its adherents are disproportionately drawn from highly educated classes who shape our cultural evolution.

Thus, I think Western Buddhists stand a reasonable chance of leading a major ecumenical movement to return direct mystical experience beyond the confines of doctrine and ideology back to the center of religious life. One thing is certain; the 21st-century world faces no more important challenge than the discovery of the universal core that binds all religious life and all the world's warring peoples together.

James William Coleman is Professor of Sociology at the California Polytechnic State University, San Luis Obispo. He is the author of numerous books and articles including The New Buddhism: The Western Transformation of an Ancient Tradition (Oxford, 2001).

Resurrection Debate #3: Did Jesus Publicly Claim to Be the Messiah?
Dave Armstrong
3

Still it would not be enough
Fred Clark
4 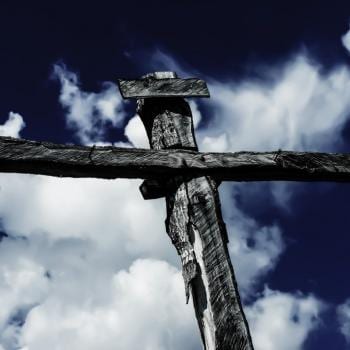 An unannounced death
Father Pablo Migone
Get Patheos Newsletters
Get the latest from Patheos by signing up for our newsletters. Try our 3 most popular, or select from our huge collection of unique and thought-provoking newsletters.
From time to time you will also receive Special Offers from our partners that help us make this content free for you. You can opt out of these offers at any time.
see our full list of newsletters
Editor's picks See all columnists