Obviously, in light of the title of my most recent book (A New Kind of Christianity), the future of Christianity has been on my mind. When one talks about the future, one tends to think more of progressive or emergent forms of Christianity, since more conservative forms often will, by their conservative nature, try to ensure that the future will be as similar to the past as possible. That, of course, is impossible, since the very act of resisting change changes the resister.

My general hunch is that in the short run, the most conservative streams of Christianity -- in Catholic, Protestant, and Orthodox settings alike -- will constrict, tighten up, batten the hatches, raise the boundary fences, demand greater doctrinal, political, and behavioral conformity, and monitor boundaries with increased vigilance. Doing so will increase commitment (and anxiety) among the "true believers," but it will also drive away their younger, more educated, and less isolated members.

Where will they go? Many, I fear, will drift into nominal faith and become tacit devotees of secular consumerism. Others, I hope, will be welcomed into a new emerging coalition, and that's where my hope lies.

That new coalition, I believe, will emerge from four main sources:

Where and how will this coalition happen? It's already happening through a variety of sources, as existing organizations and emerging networks discover one another, realize they have independently reached common conclusions, and begin developing both personal relationships and concrete plans for missional collaboration -- especially on behalf of the poor, peace, and the planet.

Brian McLaren is a speaker, author, and founding pastor of the non-denominational Cedar Ridge Community Church in Spencerville, Maryland. He serves on the directing boards of Emergent Villageand Sojourners, and sat on the boards of International Teams and the Mars Hill Graduate School. Among McLaren's more prominent writings are A New Kind of Christian (2001), A Generous Orthodoxy (2006), Everything Must Change (2009), and his new book, A New Kind of Christianity (2010). 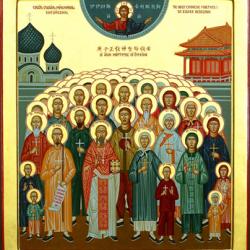 America’s largest Christian adoption agency will now work with LGBTQ parents:...
Jim Denison
Get Patheos Newsletters
Get the latest from Patheos by signing up for our newsletters. Try our 3 most popular, or select from our huge collection of unique and thought-provoking newsletters.
From time to time you will also receive Special Offers from our partners that help us make this content free for you. You can opt out of these offers at any time.
see our full list of newsletters
Editor's picks See all columnists