The Political Rift Within Evangelicalism

by The Cross Examinations Group 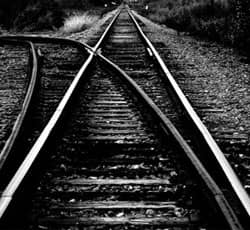 The Cross Examinations series asks pastors, professors, and writers to explore questions of vital importance to the church in a coherent and constructive manner. We hope that reflecting together will stimulate thought, focus conversation, and ultimately prove more edifying to online readers and to the church. Previous installments in the series have considered theological renewal amongst evangelical churches, the right relationship between evangelistic and social justice ministries, evangelicalism and homosexuality, immigration reform, and life-changing books.

The present installment asks: "Is there a widening rift between politically conservative and politically liberal evangelicals? What are the basic causes of tensions between evangelicals Left and Right, and what can we do to address those causes?"

David Buschart, Professor of Theology and Historical Studies at Denver Theological Seminary
Shane Claiborne, prominent Christian activist and author, and one of the founding leaders of the New Monasticism movement
Timothy Dalrymple, Associate Director of Content and manager of the Evangelical Portal for Patheos.com
Marcus Goodyear, Senior Editor of TheHighCalling.org and Christianity Today's "Faith in the Workplace" feature
Douglas Groothuis, Professor of Philosophy at Denver Theological Seminary, and blogger at The Constructive Curmudgeon
Kelly Monroe Kullberg, bestselling author, founder of the Veritas Forum, and Christian thought leader
David J. Theroux,Founder and President of the Independent Institute and the C.S. Lewis Society of California
Mark D. Roberts, scholar, blogger and author, and Senior Director of Laity Lodge

David Buschart is Professor of Theology and Historical Studies at Denver Theological Seminary:

There certainly appears, at least on the surface, to be "a widening rift" between politically conservative and politically liberal evangelicals. It will take some good sociological research performed over time to better discern how this appearance corresponds to reality.

That said, I am not convinced that we should expend much thought or effort attempting to resolve these differences and associated "tensions" in a quest for some kind of unified Evangelical perspective. I view this as one among many kinds of diversity among evangelicals, and among all Christians of good faith. As with many kinds of diversity, our goal should not be the eradication of differences.

While I do consider it sensible and meaningful to speak of "evangelicals" collectively, and I do make references to "Evangelicalism," there is merit in the critiques and cautions issued by scholars as varied as D. G. Hart and Donald Dayton regarding some visions of "Evangelicalism." We do well to weigh carefully whether there could and should be a "common" socio-political perspective reflective of "Evangelicalism." Evangelicalism is -- and by its nature always will be -- the aggregate reality of a diverse landscape of people, churches, organizations, and institutions.  And, the social and political views and resulting behaviors of those associated with this Evangelicalism will correspondingly reflect that type of diversity.

Diversity, including diverse social and political views among Christians, including evangelicals, is inevitable. Even if there were near-universal agreement on foundational values and principles, there is bound to be, understandably, a broad diversity of views on matters of application and implementation.

Diversity, including diverse social and political views among Christians, including evangelicals, is not necessarily a negative state of affairs. The social and political needs of society are great and varied, and the varied passions and resulting efforts of evangelicals address a wide range of these needs. This should be celebrated, not stifled by the pursuit of a homogenized agenda.

Perhaps the initial goal should not be universal agreement among evangelicals, but the pursuit of both truth and love among evangelicals and between evangelicals and other members of the body politic, both Christians and non-Christians. What is implicit in this suggestion, of course, is that its complete realization will continue to be yet-forthcoming in the eschaton. This does not, however, let us off the hook. To the contrary, it makes very clear the way we are to conduct ourselves between now and then.
Return to Top
Article Continued On Next Page
Page: 1 of 5
7/13/2010 4:00:00 AM
About