Reclaiming a "Movement": The Future of The United Methodist Church

As part of the Future of Mainline Protestantism series at Patheos, we recently interviewed Bishop Larry M. Goodpaster, the newly-elected President of the Council of Bishops of The United Methodist Church (UMC), about the future of the largest mainline Protestant denomination in America. Goodpaster will serve for two years as president of the Council of Bishops, which includes United Methodist bishops from around the world. Below, Bishop Goodpaster shares his insights on the opportunities and challenges facing The United Methodist Church of the future.

As you look ahead at the future of The United Methodist Church, where do you see the greatest areas of growth and change?

Since The United Methodist Church has churches and relationships around the world, I suspect that the greatest areas of growth will occur outside the United States. The growth of the church reflected especially by membership, worship attendance, and participation, is consistent with the spread of Christianity in Africa and Asia. We acknowledge and rejoice in this growth and expansion outside the United States, and try to learn and apply lessons from those experiences in other parts of the world.

The greatest areas of change and growth may occur, however, in our own spiritual formation and our reconnecting with the Wesleyan heritage that has shaped us for two centuries. We are in the midst of significant conversations, studies, and research on our structure and our institutional inertia in order to become a thriving denomination meeting the needs of people wherever they may be. In almost every corner of United Methodism, there are local churches and groups of churches that are creatively engaged in communities as living witnesses and servants of Jesus the Christ. There is an incredible amount of energy and hope in those places. Our challenge as a denomination will be to harness and channel that energy in ways that transform the world.

What do you imagine will be the biggest challenges for your denomination ahead?

The UMC traces its roots to a movement that called people into personal and social holiness, and that reinvigorated the existing church. American Methodism grew up and spread rapidly as a connection that engaged the heart and the head, and that met people where they lived. One of the challenges we face in these early years of the 21st century is to reclaim that "movement" feel of the church. Our bureaucracy and institutional maintenance focus favors a settled church as opposed to a movement. Can we do something no other institutions have been able to do: become a movement once again?

In any efforts to reform, reshape, or reorder the life of the church, the challenge will be to confront the forces that are comfortable and established in ways that shake us as a denomination to the very core of our identity. Of course, any intervention will always confront the powerful pull of a system that is designed to preserve the status quo. These are challenges and opportunities to discover once again what it means to be and to live as a people of faith. Do we have the will to follow Jesus into new paths? Dare we create new wineskins for new wine, or continue to keep the old ones?

Given the membership decline in the mainline church, what specific efforts are underway in the UMC to revive the church and make it relevant for the future?

Many United Methodists, both lay and clergy, have read and been influenced by Jim Collins' book Good to Great. In that book, Collins makes reference to the Stockdale paradox, which states, in essence, that we must always confront reality, but never give up hope. That, it seems to me, is where we find ourselves today. Reality: declining membership in the United States coupled with redirected resources. Hope: the vision of the Reign of God pulling us into a different future. By the power of the Spirit and the grace of Jesus, we move forward to create a future with hope. We know we are losing any sense of relevance in this rapidly changing culture.

At the 2008 General Conference (the decision-making body for the worldwide United Methodist Church, which meets every four years with equal representation between clergy and lay delegates), the delegates affirmed our "Four Areas of Focus" and scattered into the world to pay attention to these as signs of fulfilling the mission and living faithfully and fruitfully in the world. The four areas invite us to live and serve the present age: develop principled Christian leaders (lay and clergy); create new places of worship for new faces and revitalize existing churches; engage in a global health initiative, particularly malaria, tuberculosis, and HIV/AIDS; and, be in ministry with and among the poor. We are slowly moving toward embedding these in the culture of Methodism, and we believe that they call us toward being a church that cannot and must not live in complacency or mediocrity. We will know we are headed in God's direction when we are creating, supporting, and deploying excellent leaders; when new churches reach new generations and new populations of people; when there are no more deaths due to malaria and the other diseases of poverty; and when all of God's people regardless of economic situations experience new life and new hope.

The Most Authentic Protestants
Dennis Knapp
3 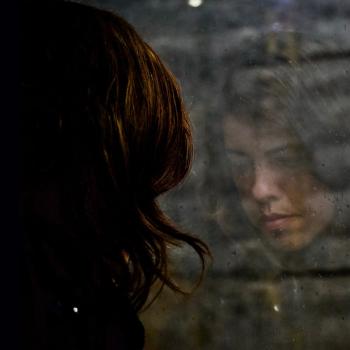