The following is an excerpt from Koenraad Elst's book, Decolonizing the Hindu Mind, in which he discusses particularly problematic terms. In Part One of this excerpt, he carefully delineated Hindu Revivalism, Hindu Fundamentalism, Communalism, Hindu Nationalism, the Hindu Right, and Macaulayism. The essay continues with this discussion of Secularism, Pseudo-secularism, Marxism, and Majoritarianism. 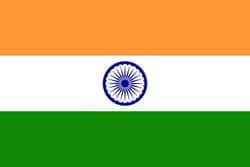 In Europe, its continent of origin, secularism is not an ideology in its own right, it is only a practical arrangement between Church and State, viz. their separation. Secularism means that the State shall not in any way promote any religion, whether by propagating it through official channels, by discriminating in favor of its votaries, or by imposing its commandments through the rule of law. In a broader sense, secularism, as a cultural tendency, means that religion is "kept in its place," if not discarded altogether, in order to let people decide their destinies on the basis of purely human and this-worldly considerations.

In India, the Constitution of 1950 affirms the secular character of the Republic implicitly, but not until 1976 did the Constitution explicitly affirm that India is a "secular" state. Surprisingly, this non-involvement of religion and specifically of Hinduism in the Indian polity is not much of a concern to Hindu revivalists. The reason may simply be that they have more pressing concerns, while some lip-service to Hinduism in the Constitution would not make much difference to the flourishing of Hinduism in civil society anyway. The anger of Hindu revivalists is directed not against "secularism" in its proper meaning but against what it calls "pseudo-secularism" -- the alleged practice of favoritism toward non-Hindus under the cover of "secularism."

European secularists wanted man to be emancipated from the mind control exerted by the dogmatic and irrational belief systems of authoritarian religious establishments, a situation which did not obtain in India at all. To be sure, religion in the sense of belief in supernatural interventions was and is widespread in India. Moreover, a religious conception of political authority also prevailed; kings were enthroned with Brahminical rituals. But Hindu states always supported religious pluralism; Hindu tradition never stifled debate, never stood in the way of science, and in its early stage even incorporated and encouraged it.

Hindu India has had no history of book-burning, of executing heretics, or confining dissidents to lunatic asylums. The Buddha could preach his heterodox doctrine till his old age without ever being persecuted. As Dutch indologist Sjoerd de Vries writes: "In Indian society, an amazing tolerance vis-à-vis people of unusual opinions has existed for ages . . . Only very few instances are known where conflicts have erupted for the sake of religion. Not until the advent of Islam did India get acquainted with religious persecution."

This general enthusiasm for secularism in itself should indicate that the meaning of the term has undergone a drastic change in India, and that it is irresponsible to use the term as if it had its established Western meaning (which most India-watchers do). Just as the English word "deception" has a radically different meaning from its French look-alike déception (which means disappointment), the British-English word "secularism" differs radically in meaning from its Indian-English look-alike secularism. A professional interpreter who translates déception as deception is incompetent, and an India-watcher who translates the Indian-English term secularism into standard English as secularism has a similar problem.

Article Continued On Next Page
Page: 1 of 3
7/20/2010 4:00:00 AM
About Kevin Juhasz
Kevin Juhasz is a content manager with a Colorado-based marketing company and the owner of <a href="https://www.thewritecontent.net/about">The Write Content</a>, which provides writing and editing services. He has more than 25 years of writing and editing experience with websites, newspapers, magazines, trade publications and more. Kevin has covered news, sports, entertainment, technology and a wide variety of other subjects.