On St. Paul and Female Silence 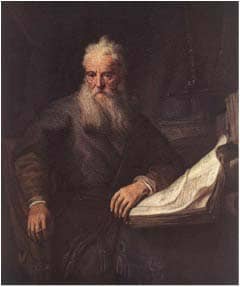 "Paul was a chauvinist," declared my 97-year-old grandmother a few years ago, using charming language from the 1970s. I smiled, because I had thought the same thing -- without stating it that way.

Over lunch and white wine, I've had discussions about Paul with a Christian history professor; she insists Paul was, for his time, every bit as enlightened as Jesus. Thus inspired after one such talk, I determined to meet him for myself by rereading his epistles.

Paul was very driven -- so focused on spiritual warfare that he encouraged the early church to limit its engagements with the world. He insisted that Christians needn't make cultural waves at every opportunity because the Gospel is so revolutionary, it is sufficiently transformative. Our focus must be on our own growth, not the earthly plane.

Regarding women, however, one passage in 1 Timothy 2 tends to become the centerpiece in discussions of St. Paul's attitudes toward women. Is that fair, though, when most biblical scholars are unsure if Paul was the epistle's author? The books of Timothy are widely thought to have been penned later on, by one of Paul's followers, yet it is 1 Timothy 2:8-12 that is used to place women in subordinate roles within Christian churches, and Paul is blamed:

I want women to adorn themselves with proper clothing, modestly and discreetly, not with braided hair and gold or pearls or costly garments, but rather by means of good works, as is proper for women making a claim to godliness. A woman must quietly receive instruction with entire submissiveness. But I do not allow a woman to teach or exercise authority over a man, but to remain quiet.

This conflicts with Paul's other writings on women, yet as inspired scripture it is not to be discounted. Adherents to its strictures, however give weight to the suggestions about etiquette, but very little to what it has to say about female attire: we don't, for instance, use this passage to ban gold necklaces or pearl earrings among female parishioners.

The lines must be interpreted in the context of a Church that did place women in leadership. As J.R. Kirk has pointed out, Romans 16's long list of early church leaders included some female names: Phoebe (whom Paul referred to as a deacon, though the word is often translated as "minister"), Prisca, Julia, Mary, and Junia, who is referred to as "relative and fellow prisoner" of Paul's. Along with Adronicus, Paul says, Junia was "prominent among the apostles," and was in Christ before Paul's own conversion. (Junia is often translated as "Junius," a masculine name.)

Paul did not want Christians to conform to the dictates of the world, nor did he want us to violate them. We are to transcend them. He was brought into faith directly by the Lord, the same Jesus Christ who first explained that it was as much adultery for a male to break the bonds of matrimony as for a female; the same Lord who showed himself first to women when he rose from the dead; the Lord who ate with female prostitutes. And it was this Lord who admonished Martha that learning the Word was more important than cooking or housework (Luke 11:38-42).

In 1 Corinthians 11, Paul alludes to women prophesying, as long as their mode of dress was appropriate to the day. That is not unreasonable in a church that made evangelism its focus: why put people off when you are witnessing to them? The recommendation to female silence in verse 14, also troubling to some, actually references the role of wives, and so belongs to another discussion altogether.

The epistles of St. Paul contain stirring thoughts on the nature of grace, sin, and law; they can't be dismissed because they appear not to reflect our times. Jesus was an advocate for female equality. And so, contra my grandmother's belief, was St. Paul. Grandma took refuge in the words that the Lord Himself spoke, but it was Paul who reminded us that "there is not male and female, for you are all one in Christ Jesus" (Gal. 3:28).

Joy W. McCann lives on the outskirts of Los Angeles, California. She blogs as Little Miss Attila and writes essays on art, religion, and politics and dabbles in crime fiction.