The People of God: In America, Europe, and the Southern Hemisphere

While making predictions is necessarily a hazardous enterprise, it is possible to discern four likely trends in the immediate future of the Roman Catholic Church:

1)   The continued "Protestantization" of Catholicism in the United States. At least since Vatican II, American Catholics have come to regard Church teachings as advisory, and not necessarily authoritative. Indeed, even on such core issues as birth control and abortion, U.S. Catholics are not particularly distinctive relative to their non-Catholic counterparts. Since this is a generational effect, with younger Catholics being less likely to acquiesce to the Church's authority than older ones, the trend seems likely to continue. Tension seems especially likely around such issues as sexual morality (including contraception, abortion, and homosexuality), the role of women in the organized Church, and (to be discussed below) the causes and consequences of clerical sexual abuse and the response of the hierarchy to this problem.

2)   European reaffirmation and the challenge of Islam. The recent history of Europe has been characterized by a trend toward secularization. Fewer and fewer Europeans identify with Christian denominations such as Catholicism, and many more evince religious identifications that can best be characterized as nominal. However, such a trend is far from inexorable. One possible source of the reaffirmation of European Catholicism may be the increased visibility of Muslims in major European nations, and the reaction of  "native" Europeans to the possible "threat" posed by Islam. An important school of thought in the sociology of religion suggests that competition among diverse religious traditions leads to greater religious adherence, belief, and participation. As Muslims become more influential in the social and political life of European nations (due, in part, to their higher levels of fertility), a revitalization of European Catholicism seems a strong possibility.

3)   A "southern" center of gravity. Although Catholicism has historically been a Western, and indeed, a European religious tradition, recent decades have witnessed rapid growth of Catholicism in the Southern hemisphere, in areas such as Asia, the Middle East, and sub-Saharan Africa. Indeed, Pope John Paul II appointed unprecedented numbers of bishops and cardinals from these very areas. The increased representation of bishops from areas outside of Europe and North America in the Vatican suggests the possibility that Vatican policy will be less "modern," and more theologically orthodox and politically conservative. This, in turn, suggests increased conflict between a more traditionalist Holy See and more "modernist" and "moderate" national churches in places such as the United States.

4)   The crisis of clerical sexual abuse. During the past two or three decades, the specter of the sexual abuse of children has become increasingly visible. The apparently pervasive problem that has become endemic to the U.S. and Europe poses a challenge to the legitimacy of the Church as a teaching institution and as a source of moral authority. Moreover, explanations for the phenomenon of priestly sexual abuse have tended to divide along ideological lines: doctrinal conservatives blame the secular culture of "permissiveness," while liberals tend to assign responsibility to the requirement of celibacy and the lack of women in leadership roles in the Church. The continued public attention paid to the sexual abuse issue is likely to exacerbate the ideological and geographical split within the Church, and is further likely to increase the tension between the Vatican and the laity in Europe and North America. Ironically, the emphasis of Vatican II on the Church as the "people of God," as opposed to the hierarchy, may well mitigate the negative fallout of the sex abuse scandals. To the extent that lay Catholics regard the clergy and their superiors as functionaries, rather than as the embodiment of Christ's Kingdom on Earth, ordinary Catholics may consider the issue a problem to be resolved, rather than a blow to the Church's very identity.

Ted Jelen is professor of political science at the University of Nevada Las Vegas. His main research interests are in public opinion, religion and politics, feminism, and the politics of abortion. He is a former editor of the Journal for the Scientific Study of Religion, and serves as Associate Editor of Social Science Quarterly, Women and Politics, and Review of Religious Research. He has authored and edited many books, most recently To Serve God and Mammon: Church-State Relations in the United States. 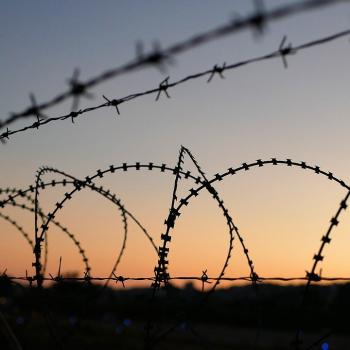 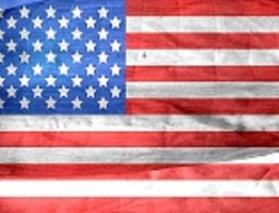 A Memorial Day Question: Is Our Experiment in Democracy Failing?
Vance Morgan
4

Boone, North Carolina: DEFUND THE POLICE
Jeff Hood
Get Patheos Newsletters
Get the latest from Patheos by signing up for our newsletters. Try our 3 most popular, or select from our huge collection of unique and thought-provoking newsletters.
From time to time you will also receive Special Offers from our partners that help us make this content free for you. You can opt out of these offers at any time.
see our full list of newsletters
Editor's picks See all columnists