There and Back Again

There and Back Again: The Roman Catholic Church in America's Next Decade

Professor Francis Beckwith was the president of the Evangelical Theological Association in 2007 when the Baylor philosopher was compelled by reason and faith to return to the Roman Catholic Church of his youth. Beckwith's account of that journey is told in his memoir, Return to Rome: Confessions of an Evangelical Catholic.

Beckwith's story was certainly high profile, and so were many other conversions or returns to Catholicism in recent years. From within the Beltway alone there were the stories of Senator Sam Brownback, Judge Robert Bork, and journalists Laura Ingraham, Larry Kudlow, and Robert Novak. These and others are associated with Father C. John McCloskey, who, along with co-author Russell Shaw, has his own book on the subject of the Catholic Church in America: Good News, Bad News: Evangelization, Conversion and the Crisis of Faith.

National Catholic Reporter's long-time Vatican correspondent, John Allen, in his recently publishedThe Future Church: How Ten Trends Are Revolutionizing the Catholic Church, points to the rise of evangelical Catholicism. "The defining features of evangelical Catholicism are," Allen summarizes, "a clear embrace of traditional Catholic thought, speech, and practice, the usual word for which is ‘orthodoxy'; eagerness to proclaim one's Catholic identity to the world, emphasizing its implication for culture, society, and politics; faith seen as a matter of personal choice rather than cultural inheritance."

The brief history of American Catholicism is this: mission, persecution, immigration, community, political power, strength, Vatican II, confusion, decline, scandal, confession, penance, and renewal. A new cycle of mission, persecution, immigration, community, political power, and strength has begun. Provided the reformed American Church remains steadfast in its renewed commitment to "orthodoxy," all will not only be well, it will be a spectacularly vibrant and wonderful era for the Church in the new world.

Believers will confess that the renewal of the American Church was Christ's doing, assisted by the millions of prayers of those who remained faithful and on their knees through the difficult decades of the ‘70s, ‘80s, and ‘90s. The leadership crisis that first tolerated and then covered up the abuse scandals manifested itself in many ways, though most awfully in the scarred lives of the victims and the long-time disregard for their suffering. The aftershocks of that earthquake continue now and will continue for some time still. Yet the emerging leadership of the Church is exceptional, grace-filled, and purpose-driven.

That leadership is spread out across the United States, but some names are familiar. Cardinal Egan of New York is a robust force for the new orthodoxy. Denver Archbishop Charles Chaput is a leader not just of his local flock but of Catholic intellectuals and pro-life activists across the fifty states. Chaput's book, Render Unto Caesar: Serving Our Nation by Living Our Catholic Beliefs in Political Life, has had an enormous impact on Catholics connected in any way to American political life. Egan and Chaput have many strong allies among their brother bishops, and their numbers are growing.

Catholic public intellectuals like George Weigel and Kathleen Lopez, backed by scores of Catholic bloggers, the reviving lay leadership, and the burgeoning memberships of organizations like Knights of Columbus and Legatus are recreating a Catholic culture that once again will nurture young Catholics as they set out to serve God and country. The ranks of orthodox Catholicism cheered the announcement that San Antonio Archbishop Jose Gomez will replace the retiring Cardinal Roger Mahoney in the diocese of Los Angeles as yet another sign of the great returning to orthodoxy, and seminaries like Chaput's in Denver are training a new generation of old school priests: devout, holy, and full of energy for the Gospel and the Church. 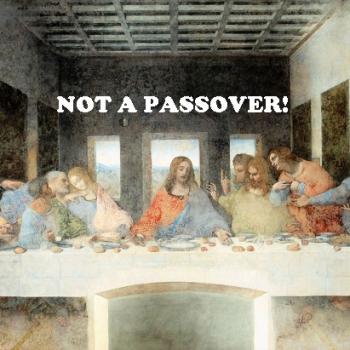 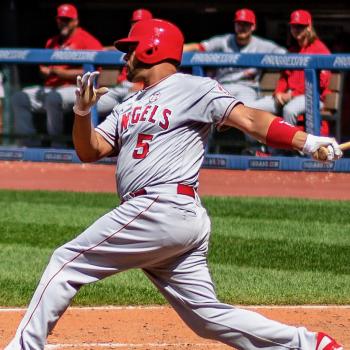 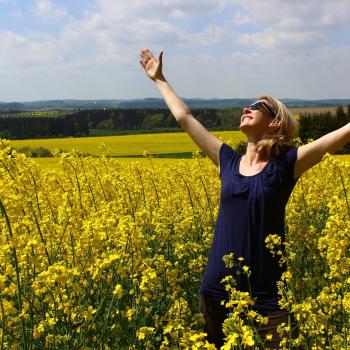 Becoming Perfect Through Christ's Power
Barbara Gardner
Get Patheos Newsletters
Get the latest from Patheos by signing up for our newsletters. Try our 3 most popular, or select from our huge collection of unique and thought-provoking newsletters.
From time to time you will also receive Special Offers from our partners that help us make this content free for you. You can opt out of these offers at any time.
see our full list of newsletters
Editor's picks See all columnists