Natalie:  I really don't want to say anything that's . . . anti-feminist. I mean, I really appreciate everything your generation did for me. . . . But sometimes, it feels that no matter how much success I have, it all won't matter until I have the right guy. (From Up in the Air, written and directed by Jason Reitman) 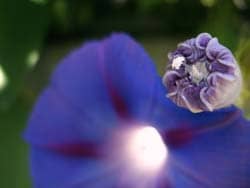 I admit, I felt a surge of unholy glee when I watched that scene unfold. Gen Xer, Jason Reitman's 2009 Oscar nominated film about the pointless and shallow lives of a couple of narcissistic Baby Boomers had many such gratifying take downs of the dreadful generation. Seeing the Boomers finally get their comeuppance is cream puffs of delight for folks my age and younger, whose mantra has gradually morphed from the resigned "Whatever," into the steely-eyed, "Don't trust anybody over fifty."

The entertainment industry is in the full throes of the changing of the generations, and suddenly enumerating the failures of the angry, grey-haired pathetic people is all the rage. I could go through a long list of recent movies and television programs that show this pattern, but I'll point to probably the most powerful of the recent offerings. Precious, another 2009 Oscar nominated film, was many things, including a devastating repudiation of the Boomers' beloved social welfare state. The villains of the piece, Precious' brutally selfish mother and her sexually abusive father, are creatures completely borne of the Great Society's failures. They are indigent, grasping, self-absorbed, ignorant, isolated and full of the age's disgusting self-righteous sense of entitlement. In short, they are the ultimate Boomer policy legacy -- the total fruit of a life of government handouts and public school education. There were times in the movie when I felt like I was sitting in the crowd listening to the ranting warnings at a Tea Party rally. Precious is the kind of bald-faced truth-telling about the Boomer's failed dogmas that just never used to get up on the screen.

Natalie: Would you stop condescending for one second? Or is that one of the principles of your bullshit philosophy?

Natalie: You've set up a way of life that basically makes it impossible for you to make human connections. . . .  Jesus. I need to grow up? You're a twelve year old! (From Up in the Air, written and directed by Jason Reitman)

As cultural power brokers, the Boomers have stamped their downward spiral from stoned rebels to cynical whiners on many aspects of Hollywood's once great storytelling voice. Greedy for the power and control they have lusted for since they came of age, the Boomers created the factory model of blockbuster movies in which the pursuit of mega-dollars eliminated creative story choices again and again. They bequeath to an age desperately in need of hope and heroes, a storytelling industry that is shattered to its core in having forgotten how to weave a good tale. For decades Hollywood had the whole world sitting on its lap. The Boomer elites squandered that global audience in their one lifetime.

Films and television are beginning to reflect the visions of Generation Xers like Jason Reitman (Up in the Air), Judd Apatow (Knocked Up), the fresh, young voices at Pixar (Up, The Incredibles), and other young artists who dare to buck the tired irony-cool cynicism that has shaped and stifled too much of the culture. Suddenly, after decades of being shut out, minimized, or mocked, film characters have room in their lives for optimism, and even something almost like faith. The Church, if it seeks to be relevant in the future, needs to welcome this development and encourage -- even patronize -- such talents.

Pope Benedict XVI, who has an artist's heart, seems to realize this; he recently met with artists to discuss the role of beauty in the health of the world. That is a start, but more is needed. The Boomers' exit from cultural influence creates a two-sided pastoral challenge for the 21st-century Church.

First is the effect on the gargantuan Boomer generation of a lifetime of listening to their own voices. The movies being created by and for the Boomers today are a very unentertaining mix of "Never regret! Life starts at 70!" and "Life is a cruel joke, ‘full of sound and fury, signifying nothing.'" Movies like It's Complicated showcase a bunch of grey hairs still acting badly, swallowing their shame and ignoring their appropriate role as the wise mentors of the younger generations. The Dorian Greyish dark echo of this kind of story are movies like There Will Be Blood and the chillingly titled No Country for Old Men, in which the characters' lives of narcissism and greed devolve into cynicism and brutality.