By Kate Dugan and Jennifer Owens

Last summer, Liturgical Press released From the Pews in the Back: Young Women & Catholicism -- a collection of essays and memoirs by women in their 20s and early 30s about being Catholic today. As the two editors of this collection, we have traveled to several places around the country talking about some of the ideas and issues that these women address.

Our audiences tend to be other Catholics, often other young Catholics, often Catholics of an older generation. One of the recurring questions that we have been asked is what we think the future of the Church looks like, how we expect this generation of young people, especially women, to affect (or not affect) Catholicism.

It is always awkward to try to suss out the future, to take a few stabs at what might be based on what we know now. Our effort to do so here stems from some of the contemporary sociological research on young adult Catholics, on our experiences as young Catholic women, and the process of putting together From the Pews in the Back.

First of all, one of the recurring themes in contemporary research is the idea from Dean Hoge's Young Adult Catholics: Religion in the Culture of Choice. He and his co-researchers suggest that one of the formative identity characteristics among young Catholics is "Catholic glue." Many of the young Catholics in their study either don't attend Mass as often as older Catholics and/or don't profess allegiance to parts of Catholic teaching. Yet a stunning majority of them continue to call themselves Catholic and don't anticipate changing their religious affiliation. The Hoge team attributes much of this Catholic glue to the fact that many of these young Catholics grew up Catholic and can't really imagine having another religion. A similar conflicting identity claim exists in From the Pews in the Back, as well; one author describes the tension as "passionate ambivalence" about being Catholic.

Secondly, the future of young people in Catholicism will be affected by the way local churches respond to their younger populations. Anecdotes from our own lives and from the women in From the Pews in the Back suggest that there is a fair amount of bemoaning the status of young people in parishes. Older Catholics wonder why young Catholics aren't participating in the life of parishes, why they aren't joining, why they don't see them at Mass. Younger Catholics slip into the back pews and wonder why parishes don't seem to have the same vivacity as Masses on their Catholic campus. Single Catholics wonder where they fit in among the families and the retirees.

The question here seems to be whether parishes will keep complaining or make adjustments to more effectively reach out to their (potential) younger members. Research is starting to suggest that offering Sunday evening Mass is an important way to involve young Catholics. A promising aspect of parish life in some parts of the country is young adult ministry. Programs like Theology on Tap, which bring in speakers on particular topics associated with Catholic life and allow for questions and discussion of those topics, are important. Not only are they a part of ongoing catechesis, but they also allow young adults to voice their questions and concerns in a constructive way.

Origins of the Heart Shape: Found in Ecology, Textiles, and the World
Melissa Hill
3 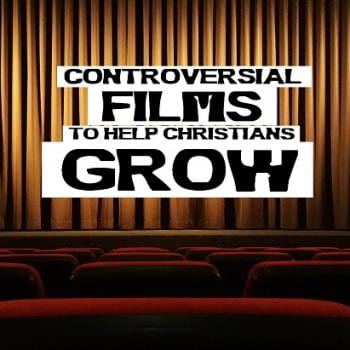 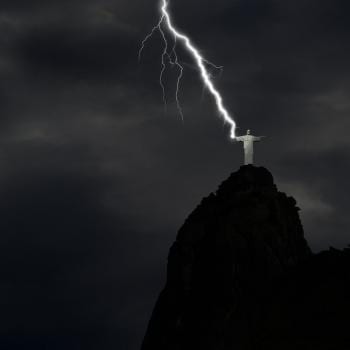 Do We Lose Our Identity When We Become One with God?
Carl McColman
Get Patheos Newsletters
Get the latest from Patheos by signing up for our newsletters. Try our 3 most popular, or select from our huge collection of unique and thought-provoking newsletters.
From time to time you will also receive Special Offers from our partners that help us make this content free for you. You can opt out of these offers at any time.
see our full list of newsletters
Editor's picks See all columnists