For an historian of American religion, the immediate future of American Mormonism is somewhat affirming, because I don't think the next 180 years or so are as likely to be as full of fascinating historical moments and personalities as the first 180 years; the most dynamic days of American Mormonism are probably behind it. This is not a negative assessment of Mormonism's direction -- a good deal of the drama of the church's formative years could be done without. Mormonism's history is a clear example of how drama builds strength. In the United States the coming years will present a new challenge; on the scale of history, they might be kind of boring. The drama required, I think, for continued vitality will come from outside Mormonism's birthplace; the tradition's future in other parts of the world will be far from boring.

Following the familiar and perhaps necessary pattern of religious development, as the Church of Jesus Christ of Latter-day Saints -- the largest group representing the legacy of Joseph Smith -- has moved away from its founding age, it has lost much of its ability to surprise. The Church that began with God's personal appearance now carries out His work with more bureaucratic efficiency than prophetic aplomb, and the institution's place in American culture has shifted accordingly. The radical novelty of earlier days has been replaced by religious and political orientations -- Jesus-centered and socially conservative, respectively -- with clear analogues in American public life, allowing observers to easily integrate Mormonism into their conceptions of American culture. Moreover, the LDS Church has been widely successful in distinguishing itself in the public mind from fundamentalist Mormon groups organized around the continued practice of plural marriage, a further distancing of the institutional Church from its controversial past.

Understanding the potential for such trends to result in harmful levels of assimilation, Church leaders re-emphasized some distinctive Mormon teachings and practices in the last half of the 20th century, among them temple work, the unique Mormon scriptures, and the Prophet's status as God's voice on earth (sociologist Armand Mauss has documented this pattern of "retrenchment"). For the foreseeable future, these emphases will continue to define what is unique about the LDS Church (for members and outsiders), but with increased exposure and explanation within a Jesus-centered framework of faith familiar to American Christians. These features, too, will become less and less alien to non-Mormons.

The assimilation of Mormon distinctiveness in American culture will continue; more significantly, it seems likely that it will accelerate in cultures where the LDS Church is present worldwide. The greatest advantage of the staid bureaucracy that will define the Church's immediate future has been its facilitation of international growth. The marshalling of young missionaries, the rapid construction of temples all over the planet, and the Church's vast capacity for relief work have made Mormonism a global religion -- in Douglas Davies' terms, one that "makes its presence felt within hundreds of societies yet retains its distinctive identity" (An Introduction to Mormonism, 248). Davies distinguishes "global" religions from "world" religions, which lose some of that distinctive identity in favor of becoming part of local cultures, adapting "to local patterns of ritual and of thought." Davies finds it unlikely that Mormonism will ever become a world religion, but I think there is more potential here than many have realized, precisely because there is every reason to think that the Church's movement into the mainstream in America will be repeated in host cultures around the world, to very different results.

If Mormonism is a "quintessentially American" religion, as is so often asserted, then by assimilating it has moved closer to that American core, and risks absorption into generic American religious culture in the process. But what will "assimilation" mean for the Church in South America, or Africa, or Asia? The emphasis today is on the unbreachable authority of the hierarchy to dictate identical worship patterns and belief around the world, leaving no room for the sort of culturally-based differences that distinguish, say, Irish Catholics from Brazilian Catholics. As such, as Davies observes, to be Mormon in a given culture today requires that converts be "prepared to be different from their neighbors." But is it possible for Mormonism to continue its presence in other cultures without being touched by them? History shows that religious hierarchies rarely get exactly what they want from their followers. The authority that comes with holding the keys to salvation is real, but it is a complicated thing -- official instructions on belief and practice are subject to individual interpretation, and conscience, and attention. I think Mormonism, in particular, will prove to be much bigger than its bureaucracy. 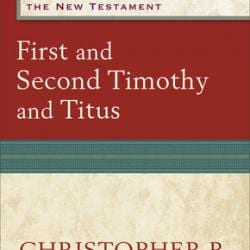 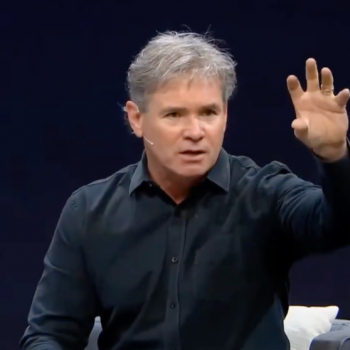 It's not about the economy, it's about being anti-science
Libby Anne
Get Patheos Newsletters
Get the latest from Patheos by signing up for our newsletters. Try our 3 most popular, or select from our huge collection of unique and thought-provoking newsletters.
From time to time you will also receive Special Offers from our partners that help us make this content free for you. You can opt out of these offers at any time.
see our full list of newsletters
Editor's picks See all columnists