Can Muslims and Christians Live Together in Peace?

Nor are scholars or pundits who pit Al Qaeda ideologues against Muslim progressives in the battle to represent "true" Islam as helpful in the pursuit of truth as Christians and Muslims getting to how their ordinary Muslim and Christian neighbors understand the relation of religion to civil society. It is personal interaction that overcomes the false impressions given by the endless replay of extremist Muslim and Christian ideology promulgated through the world of cable news, internet bloggers, daily newspapers, and special interest groups. The politics of the street, played out in emotional confrontations for the purpose of garnering political power, must be replaced in our understanding of reality with the politics of the living room, civic center, soccer field, mosque, church, and synagogue. In conversation with one another, Christians and Muslims will learn that the religious basis for inter-religious peace in a modern society exists in their communities even now.

Can Christians and Muslims ever live in peace? In fact we do. We simply need to invite more and more people into that peace through dialogue and friendship.

Dr. Robert A Huntis the Director of Global Theological Education at Perkins School of Theology, Southern Methodist University. He teaches courses in contemporary Muslim social and political movements, world religions, mission studies, and inter-religious dialogue. He also directs a wide-ranging program of intercultural immersion courses for students of Perkins School of Theology and is currently researching and writing on religious identity in religiously plural settings.

There are 6 Things Good Dads Do. Here's the first one...
Roland Warren
2 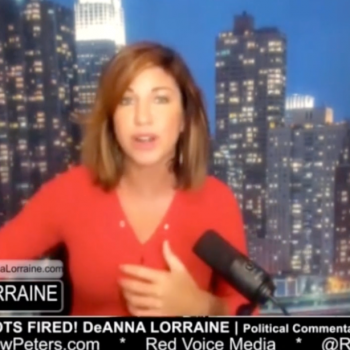 Conspiracist: The Unvaccinated Are Being Treated Just Like Jews in the...
Beth Stoneburner
3

A Meditation on the Spirituality of Healing (A Patreon Sneak Peek)
Carl McColman
Get Patheos Newsletters
Get the latest from Patheos by signing up for our newsletters. Try our 3 most popular, or select from our huge collection of unique and thought-provoking newsletters.
From time to time you will also receive Special Offers from our partners that help us make this content free for you. You can opt out of these offers at any time.
see our full list of newsletters
Editor's picks See all columnists