C. S. Lewis on Mere Liberty and the Evils of Statism, Part 1

For decades, some Christians, both "conservative" and "liberal," have unfortunately embraced an ill-conceived "progressive" (i.e., authoritarian) vision to wield intrusive government powers as an unquestionable and even sanctified calling for both domestic and international matters, abandoning the Christian, natural-law tradition in moral ethics and economics. In contrast, the Oxford/Cambridge scholar and best-selling author C. S. Lewis did not suffer such delusions, despite the gigantic and deeply disturbing advances and conflicts of total war, the total state, and genocides that developed during his lifetime.

Lewis's aversion to government was clearly revealed in 1951 when Winston Churchill, within weeks after he regained office as prime minister of Great Britain, wrote to Lewis offering to have him knighted as "Commander of the Order of the British Empire." Lewis flatly declined the honor because he, unlike the "progressives," was never interested in politics and was deeply skeptical of government power and politicians, as expressed in the first two lines of his poem "Lines during a General Election": "Their threats are terrible enough, but we could bear / All that; it is their promises that bring despair" (in Poems, p. 62).

Lewis had held this view for many years. In 1940, he had written in a letter to his brother Warren, "Could one start a Stagnation Party -- which at General Elections would boast that during its term of office no event of the least importance had taken place?" He further stated, "I was by nature ‘against Government'" (Letters of C. S. Lewis, p. 179).

In comparison to contemporary "progressive" Christians such as Jim Wallis, Tony Campolo, Ronald Sider, and Brian McLaren, who clamor for the foolish and disastrous notion of achieving "social justice" through gigantic government powers, was Lewis just ignorant or naive about modern realities, or was he aiming at a deeper and more significant purpose? (See Robert Higgs's book refuting the "progressive" myth in American history, Crisis and Leviathan, and his book on the disastrous "progressive" state since 1930, Depression, War, and Cold War; see also Arthur A. Ekirch, Jr.'s The Decline of American Liberalism and The Civilian and the Military, and Jonathan Bean's Race and Liberty in America.) In this article, I only begin to touch on some of Lewis's many writings pertaining to the subject of liberty and Christian teachings because any truly adequate examination would warrant at least an entire book.

Lewis was unquestionably and profoundly interested in the ideas and institutions that were the basis for free and virtuous individuals and communities, but he was not at all interested in partisanship or campaign politics. He instead focused on first principles, and public-policy matters were of interest only as they pertained to questions of enduring value. As a result of this focus, whereas the work of most modern scholars and other writers quickly becomes dated and obsolete, Lewis's work has achieved timelessness and increasing relevance. His books still sell at an astounding rate, and although Lewis is best known for his fiction, he also wrote superb books in philosophy and theology, literary history and criticism, poetry, and autobiography, as well as at last count more than fifty thousand letters to individuals worldwide. 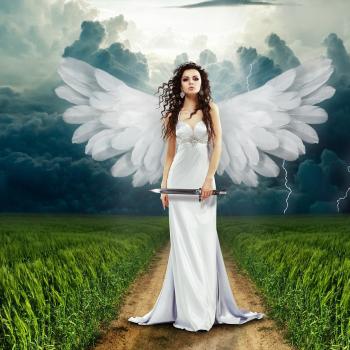 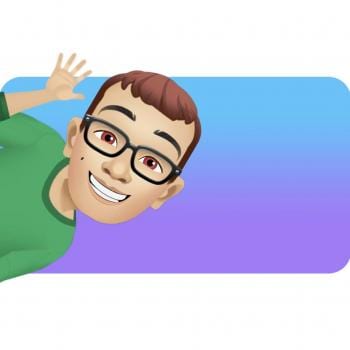 The Catechist's Theme Song Is...
Mark Wilson
Get Patheos Newsletters
Get the latest from Patheos by signing up for our newsletters. Try our 3 most popular, or select from our huge collection of unique and thought-provoking newsletters.
From time to time you will also receive Special Offers from our partners that help us make this content free for you. You can opt out of these offers at any time.
see our full list of newsletters
Editor's picks See all columnists