Excommunications and Loss: The Trial of the French Mission, Part Two

Joseph Fielding Smith and Henry D. Moyle interviewed Marlene Wessel, not a Tucker adherent, but a friend to the sisters under his influence. Her demeanor made it difficult for them to determine exactly what her position was. Elder Smith finally decided, "Don't worry about her. She has a cloud over her." Moyle replied, "Still, we can't let her go to the dedication because we have not let the others go." Marlene, like Loftin, had failed the interview.

William Turner, junior companion to the extremist Daniel Jordan but a new missionary not suspected of collusion, was interviewed by a single Church authority, Elray L. Christiansen. Turner had not prepared doctrinally for his mission, taking the gospel for granted and accepting a mission call in stride. In similar fashion, he had accepted what his senior Jordan had taught him without much question. He innocently and forthrightly answered all Christiansen's questions. Yes, he had heard that some General Authorities practiced polygamy. Yes, he thought you should not eat meat. Finally, Christiansen informed Turner that he believed in false doctrine and had better change or he would be excommunicated. When Turner protested in a befuddled way, Christiansen looked him straight in the eye and fortunately detected that Turner only needed help. He jotted a short note to President Christensen and sent Turner to find him.

On the way, Turner passed an open doorway and to his dismay saw his companion, Daniel Jordan, openly arguing with Joseph Fielding Smith. Alarmed, he interrupted to ask his companion if he knew what he was doing. Apostle Smith instructed him to be on his way, then came to the door and closed it.

Upon receipt of the note, President Christensen directed Turner to a room where he sat alone and waited, fearing he would be excommunicated. He watched missionaries who had passed their interviews go by, cheerful in their anticipation of the temple dedication to be held that day. He remembers feeling engulfed by an abyss from which he might never escape. Although he was granted permission to attend the temple dedication after all, coming to terms with the experience took many years.

Bruce Cummings, another missionary who had been in sympathy with Tucker's teachings, found that the interview radically changed his perspective. It had been easy to be persuaded by Tucker's personality and logic. However, when listening carefully, eye-to-eye, with a General Authority, paying close attention to whether the communication was spiritual as well as temporal, he recognized a difference. For Cummings, the interview was decidedly beneficial since he recanted the thoughts of the previous few months. Ten missionaries did not pass the interviews: William Tucker, J. Bruce Wakeham, Stephen Silver, Daniel Jordan, Neil Poulsen, Loftin Harvey, Marilyn Lamborn, Juna Abbott, Nancy Fulk, and Marlene Wessel. None attended the temple dedication though Harvey and Poulsen went to view the temple grounds while the dedication was in progress.

Harvey enjoyed the companionship of Poulsen who was an earnest follower of Tucker. Indeed, Harvey now began to see himself somewhat romantically as an "apostate," though not from any affiliation with Tucker. Rather, he felt valorous for having spoken out that he did not "know" when many whom he suspected were equally unsure had undoubtedly answered "yes" for fear of being ostracized for their differences. He even began to revel in the shock he gave elders when he informed them of his status.

The next morning, Wednesday, 10 September the ten missionaries were called into a meeting with the assembled authorities present. President Moyle pled with the group to come to their senses. He said that he decried a secret pact among them. This was not technically true; the group was not linked by any overt agreement. Yet their failure to sustain David O. McKay as a prophet united them in overt disaffection with the Church. They were offered clemency if they recanted. Moyle attempted various lines of argument, pointing out that if they had a testimony of one principle of the gospel it was a testimony of the whole. If they believed Joseph Smith was a prophet, he reasoned with them, it followed that David O. McKay was a prophet. He suggested in various ways that they ought to listen to age and experience and desist in being rebellious youth.

A member of the dissident group raised a doctrinal question. President Moyle dismissed it, commenting that they, not the Church, were on trial. Both President Christensen and his wife also spoke to the group, bearing their testimonies and begging them to change. He said they could stay on their missions even if they no longer did any proselytizing. While Harvey regarded Christensen's plea as humble and sincere, neither he nor the others were dissuaded. The meeting was adjourned for a second round of individual interviews.

Harvey met with presidents Moyle and Christensen and a member of the Church's Presiding Bishopric, Thorpe B. Isaacson. The stress of unprecedented circumstances and the mistaken perception that the ten were conspirators largely dispelled patience and understanding. The interview proceeded, in Harvey's opinion, more like an interrogation. He felt he was not able to say more than "yes" or "no" without being cut short. Harvey experienced Bishop Isaacson's arguments as browbeating. On the other hand, he was again touched, but not persuaded, by President Christensen's pleadings for him to repent. After the interview, Harvey arose to leave and before departing embraced President Christensen. The strain of the moment suddenly surfaced and both men cried effusively. Harvey left the room and waited alone in the hallway. 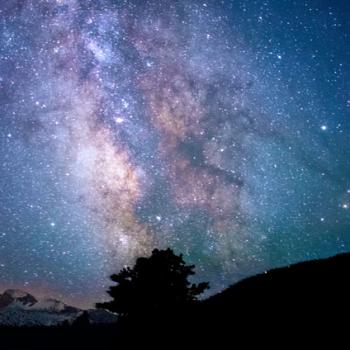 Let Go of Lies About Heaven: Eight Myths Many Believe
Randy Alcorn
Get Patheos Newsletters
Get the latest from Patheos by signing up for our newsletters. Try our 3 most popular, or select from our huge collection of unique and thought-provoking newsletters.
From time to time you will also receive Special Offers from our partners that help us make this content free for you. You can opt out of these offers at any time.
see our full list of newsletters
Editor's picks See all columnists