Film Is the New Literature

Film and television are the new literature. What does this mean? The Western world has, by and large, shifted from what Neil Postman called the Age of Exposition to the Age of Entertainment (Amusing Ourselves to Death, 1985). Contemporary culture has in many respects left behind the scholarly engagement of literary ideas and displaced them with film and television. We have shifted from a "Have you read?" mentality to a "Have you seen?" perspective.

While I firmly believe that literary people will always exist, they are now in the clear minority. This is unfortunate, since the great ideas of history are most commonly discussed in depth not on screen, but in print. Nevertheless, thoughtful films can indeed offer much to ponder philosophically and theologically, while even poorly constructed films can provide us with opportunities to discuss meaningful ideas. However, Evangelicals have often failed to excel in the process of exegeting the medium of film. But if Christianity is to remain relevant to culture at large it must seek to understand and evaluate film intelligently.

Just as in the field of biblical hermeneutics, where one must apply certain principles of interpretation to the printed word, so too must we learn to apply such interpretive principles to film. For example, exegeting or interpreting film requires us to understand the context of the film in question, including its intended audience, message, and purpose. We also need to draw out of film what it is communicating rather than reading ideas into it that simply do not fit the intentions of the filmmakers. Moreover, our intention should be to fairly comprehend the messages in films, carefully assessing a variety of factors rather than immediately being critical or offensive in our understanding.

Although there are a number of Evangelical responses to popular culture, including film, the typical responses fit into two broad categories: entrench or embrace. The former option staunchly stresses Christian separation from the world, opting instead to entrench itself in the Christian subculture and, as a result, wanting little or nothing to do with the supposed engine of the world, which includes film. The latter option embraces and celebrates pop culture, including film, but often at the expense of nuanced discernment.

A tertium quid, or third option I propose, is to engage culture intelligently. This seems, on the surface, a relatively simple and sensible suggestion, but the caveat is that engaging culture intelligently requires the development of related knowledge, understanding, and wisdom. This knowledge may include, for instance, a well-rounded comprehension of the Christian worldview, an understanding of competing worldviews, an aptitude for logical thinking, a rudimentary understanding of broad philosophical categories (such as metaphysics, epistemology, and ethics), a capacity to make lateral connections between ideas, a degree of biblical and cultural literacy, a capacity for practical apologetics, and a good dose of tact.

The reality is that Evangelicals are often far too shallow, flippant, or unduly critical when it comes to engaging film. We need to remember that most of the people with whom we will interact are not philosophers, theologians, or even film critics. For most people there is little discussion following a film beyond simple conclusions such as, "That was a good movie!" or "I didn't like it" or "That was okay." Every film contains ideas, though, and those ideas are related in turn to worldviews. Consequently, learning to exegete film in a manner that is relevant will help us engage others in discussions about faith, truth, and more.

Evangelicalism's cultural relevance in reference to engaging film, however, must not sacrifice biblical truth. In other words, while the Christian worldview should adapt to the influence of film and its penetration in our cultural milieu, prompting us to seek meaningful and engaging ways of interacting with individuals, such an adaptation should not sacrifice essential Christian ideas and ideals. In addition, while there are times for direct critical analysis that thoughtfully responds to erroneous ideas in films, we also need to learn to be far more tactful in our assessment of films. Like Paul in Athens (Acts 17:16-34), it's possible to intelligently engage cultural ideas in a manner that is both forceful when necessary, and yet cordial and, at times, even complimentary of the positive aspects of non-Christian culture. 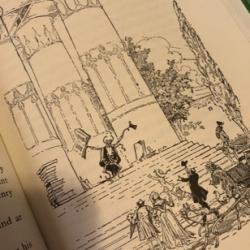 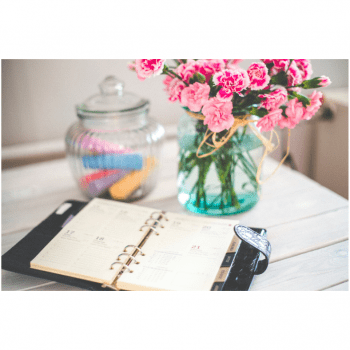 The Calendar Conundrum: Offering Care and Love in a Time of Need
Kelley Mathews
3

Animals in the Afterlife
Gene Veith
4

Louisiana Megachurch Continues With Services: ‘We Are Resisting The...
Michael Stone
Get Patheos Newsletters
Get the latest from Patheos by signing up for our newsletters. Try our 3 most popular, or select from our huge collection of unique and thought-provoking newsletters.
From time to time you will also receive Special Offers from our partners that help us make this content free for you. You can opt out of these offers at any time.
see our full list of newsletters
Editor's picks See all columnists