In part one of this essay I suggested two things: religion (and particularly Islam) is not a major motivator to violence, and most religious people are not inclined to violence. Violence against their neighbors is against their own interests and, with specific exceptions for both Christians and Muslims, it is forbidden. It is observable both now and historically that most Christians and Muslims live peacefully as neighbors. In order for members of both religions to understand this they need to actually meet their neighbors rather than becoming involved in the fantasy world of religious violence promulgated by the media. And this happens best when those living in peace invite others into that peace. I now want to be more specific about just how this can be done through a particular form of dialogue.

Over the past five years virtually all students at Perkins School of Theology have been required as part of their course in world religions to engage in small dialogue groups with members of a different religious community (Muslim, Hindu, Buddhist, or Jewish). The groups have from eight to twelve members total (one half from each religion) and meet four times. Reading accounts by participants, it has become clear that one aspect of these dialogue sessions is of particular value in allowing dialogue group members to enter into each other's peaceful intentions toward their neighbors. It is the invitation to group members to tell the story of their personal faith, and of their religion and how it engages the world. For this reason, with our partners in local mosques, temples, and synagogues we have increasingly concentrated the dialogue around narrative accounts of personal and community faith rather than comparisons of the meaning of doctrine, ritual, or ethics.

The difference in terms of developing relationships can be profound. For example, in our dialogue with Muslims a focus on ethical teaching almost always resulted in time spent discussing women's dress, child custody, the validity of military jihad, and so on. It was difficult to get below differences in practice to the sometime common experience and intention of Muslims and Christians engaged in their distinctive ethical practices.

On the other hand, when we ask participants to tell the story of their ongoing relationship with the wider community in which they live, these commonalities emerge more easily. The desire to fit into a new community, the need to wrestle with the pressure and temptation faced by children and youth in contemporary school culture, even a sense of powerlessness in the face of rapid social change all emerge in the narratives. Similarly, participant narratives of how their respective religions were founded and developed, and what each tries to achieve, uncover more similarities than an inevitably fruitless discussion of the Divine nature. These narratives, like the more personal narratives of community engagement, often show that Christian and Muslim narratives are on a common trajectory and share many goals even if they do not agree about either the final end of true religion or its beginning.

Perhaps as importantly, the use of narrative allows participants to raise and discuss variations within the religious experience of their communities without appearing to be heterodox. In the experience of our groups, when Muslims or Christians are asked direct questions about theology, ethics, or worship they feel pressure to give a standard, accepted answer. The discussions that follow are often a rehash of irresolvable theological debates. At best this is a waste of time; at worst the felt need of participants to represent orthodoxy obscures human differences and contributes to the myth of single-minded conformity in religion. However, when Christians and Muslims narrate their faith journeys and community experiences it becomes immediately obvious that within each community there are a variety of different experiences of faith. The recognition of such diversity is key to humanizing the religious "other." The Muslim whom Christians fear is a media-created clone of an idealized fanatic, just as the Christian whom Muslims fear is the mindless, pornographic, pop-culture soaked materialist. A narrative approach to dialogue quickly renders unbelievable these mythical beasts and replaces them with real humans in all their diversity.

Stupidity On Display: Where do we go from here?
Vance Morgan
2 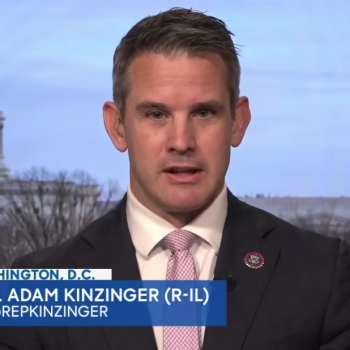 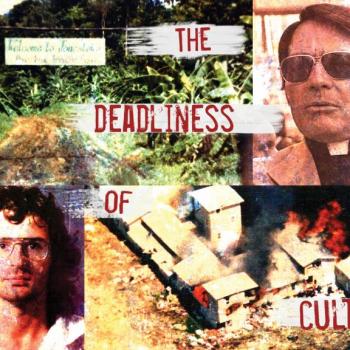 Christian Nationalism, preachy groups, cults and an Atheist Republic
Freedom From Religion Foundation
Get Patheos Newsletters
Get the latest from Patheos by signing up for our newsletters. Try our 3 most popular, or select from our huge collection of unique and thought-provoking newsletters.
From time to time you will also receive Special Offers from our partners that help us make this content free for you. You can opt out of these offers at any time.
see our full list of newsletters
Editor's picks See all columnists