The Future of Contemporary Christian Music

During the late ‘60s, American youth began to experiment with a newer version of evangelical Christianity. The result of this renewed interest was the Jesus People Movement. Commonly referred to as "Jesus freaks," Baby Boom converts combined the music and style of the counterculture with evangelical Christianity. The result was "Jesus music." This vernacular expression of the Christian gospel evolved into what is now known as contemporary Christian music (CCM). Early Jesus rockers such as Children of the Day, Love Song, Andraé Crouch, Randy Stonehill, Resurrection Band (Rez), Barry McGuire, and Larry Norman laid the foundation for artists who would play a role in the creation of a new industry. The "parallel universe" of popular evangelical music expanded to include now canonical artists and groups such as Keith Green, Amy Grant, Michael W. Smith, Twila Paris, Rich Mullins, Petra, Stryper, Whitecross, dc Talk, DeGarmo & Key, and Jars of Clay.

During the ‘70s, many CCM artists tended to focus their efforts on evangelism. Influenced by a belief in the imminent return of Jesus and the theology of dispensational premillennialism (reinforced by author Hal Lindsey's Late Great Planet Earth), the emerging CCM was short-sighted as artists composed songs intended to convert as many as possible before the end of the world. However, this was a not mere hokum escapade conducted by minstrels of the apocalypse. Jesus rockers were serious in their quest to save the world.

The ‘80s brought not only more time (the rapture had not occurred) but also a burgeoning Christian music industry. Young evangelical musicians and record executives saw new opportunities as CCM became attractive to the mainstream market with the rise of Amy Grant in the ‘80s and Jars of Clay in the ‘90s. However, while lyrics remained overtly Christian, many expressions of CCM began to adopt ambiguity and represented a more holistic worldview. These artists employed lyrical metaphor and sought cultural relevance and authenticity -- a nod to the rise of postmodern evangelical culture. While some enjoyed crossover success, others questioned the new model, citing the Gospel Music Association's definition of Christian music -- i.e., music that clearly connected lyrics to a biblical worldview.

Now, debates over what qualifies as "Christian" music have redefined the boundaries that have historically delineated the sacred and the secular, allowing evangelical musicians freedom to consider different ways of composing and performing music influenced by the Christian faith. As CCM record labels have produced successful crossover groups and solo artists -- performing for late-night talk shows, touring with secular bands, and licensing songs to network television -- the signifier of CCM carries new meaning. The result has been a growing rejection of the inconclusive idea of "Christian music," the decline of the "Christian band," and the emergence of music groups and solo artists who are simply influenced by faith.

While these musicians often sing about matters of truth, ultimate meaning, and religious commitment, they also explore the breadth of the human condition. This, however, is not peculiar to CCM. Evangelical Christianity is changing. In recent years evangelicalism has become more diverse, now including those who have broadened their scope of who can be considered "evangelical." Some have remapped what has historically been considered orthodox. More to the point, various evangelicals have simply redefined what orthodoxy means, thus reclaiming the orthodox position.

Changes in evangelical Christianity and CCM are merely symptoms of a rapidly changing culture. The corporate music industry is now challenged as independent record labels, studios, and bands explore the possibilities of social networking and promotion through the internet, thus reconsidering traditional models of music-making and production. The result of a collapsing corporate music industry has only exacerbated an already ticklish situation within popular Christian music. As CCM groups and soloists have crossed over into the general market, CCM record companies have struck distribution deals with secular labels and, in many cases, now operate as subsidiaries of major corporations such as EMI. As groups signed to subsidiary labels reach mainstream success, the very category of CCM as a valuable niche genre is reexamined, urging up-and-coming musicians to bypass the subsidiaries (seeking contracts with the majors) or to create their own stories as independent artists. 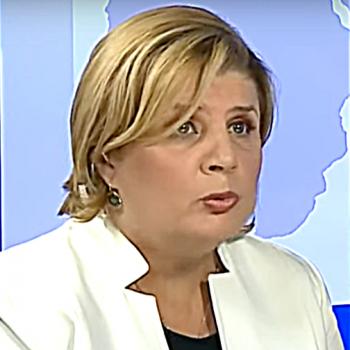 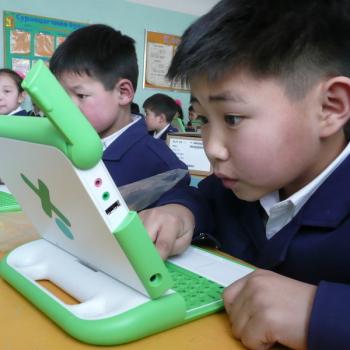 The Advantages of Authoritarianism
Gene Veith
4 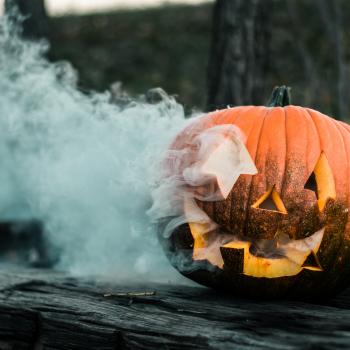 A Witch's Walk of Balance
Laura Tempest Zakroff
About
Get Patheos Newsletters
Get the latest from Patheos by signing up for our newsletters. Try our 3 most popular, or select from our huge collection of unique and thought-provoking newsletters.
From time to time you will also receive Special Offers from our partners that help us make this content free for you. You can opt out of these offers at any time.
see our full list of newsletters