Future of Midgard: Heathenry Reaching Out for a Dynamic Future

This is an incredibly dynamic time to be a Heathen. The past decade has been one of immense transition and transformation within this community and it seems that isn't likely to stop any time soon; and while I often find myself at the middle of a battleground between orthodoxy and experience, ultimately I think this is a positive thing. The origins of our cosmology lie in a clash of opposites, a conflagration of ice and fire out of which sprang multiple worlds. So too today, we're seeing multiple denominations, methodologies of devotion, and approaches to orthodoxy evolving out of what once was a very rigid, insular faith.

For those of you who may not be familiar with what the term "Heathen" means in a religious context, let me take a moment to clarify. No, it doesn't mean that we're godless. Far from it! In fact, we have dozens of Gods. Heathenry is an umbrella term for a body of denominations that seek to reconstruct and restore the religious practices once indigenous to Northern Europe: worship of the ancestors, the land spirits, and most of all the various Gods and Goddesses of the Norse pantheon. We're polytheists, often animist, very proud, and very stubborn. It is true that the term "heathen" was originally pejorative, used by converts to Christianity during the period of conversion to dismiss and vilify those who still clung to their ancestral faiths. Today, however, as a religion, we've chosen to reclaim this word in proud remembrance of those same forebears, in much the same spirit as Wicca chose to reclaim the word "witch."

As Patheos prepares to highlight the "Future of Paganisms" (and yes, Paganisms -- there's more than one Pagan religion and we're not all the same), I was asked to write about what I see down the line for Heathenry. Where do I think this religion is going? What do I think will happen in the next few years? That's a pretty broad topic, even for someone like myself who spent grad school studying the origins of this complex and multi-faceted faith. So before I choose to answer that, let's look a bit at where Heathenry has been.

The earliest and most well known "denomination" within Heathenry was and is called Asatru. Asatru evolved simultaneously from several different ideological currents in America, Europe, and Iceland from 1968 to 1973. The word itself comes from two Old Norse words: Àsa (Gods, possessive case) and tru (faith) or "faith in the Gods." The modern word is an Icelandic translation of a Danish word Asetro, which was first referenced in an article on Iceland in 1885. There are those within my religious community who would argue my use of the term "denomination," but I believe it is accurate to say that there are such vastly different approaches now to this religion compared to what was possible even ten or twenty years ago, such well determined ideological fault lines on a number of important theological issues, that the term is accurate.

When Asatru began in the U.S., it was almost as political as it was religious. Religious fervor was part and parcel of the social revolution of the 1960s. Sociologist Margot Adler, in her seminal book Drawing Down the Moon, speaks of the "neo-sacral impulse of the 1960s" (p. 5). This neo-sacral impulse as Adler names it, led some people to turn to Eastern religions like Hinduism, Buddhism, Krishna Consciousness, or even various yogic practices. It led others to Wicca, Goddess Spirituality, and the nascent Paganisms that were only just beginning to develop. As if in possible response to the growing liberal push within society, a cultural counter-current also developed that led others to take conservative social and religious positions, such as can be seen in the rapid growth of evangelical churches in the mid-1970s. (See Randall Balmer's Thy Kingdom Come, p. 5.) Asatru was part of that conservative religious response.

Essentially, American Asatru has its roots in the Odinist Fellowship, a socially conservative religious organization founded in 1968 by Danish ex-patriot Else Christensen. Christensen is a troubling figure and there was certainly a racial slant to her politics. Early adherents viewed Odinism as a means of overcoming the influence of Christianity and hearkening back to the assumed vitality and vigor of proponents' Nordic roots. (See Nicholas Goodrick-Clarke's Black Sun, p. 259.)

Answer to Question: What Must a Person Know/Believe to be Saved (or to Be a...
Roger E. Olson
2

Christ Is With Us In The Poor
Henry Karlson
3 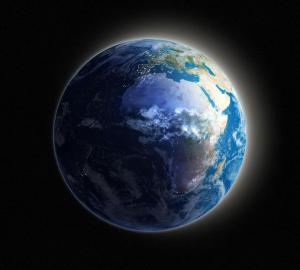 Karen Bloomquist: Another Worldview Must Be Enacted Today
Ted Peters
4 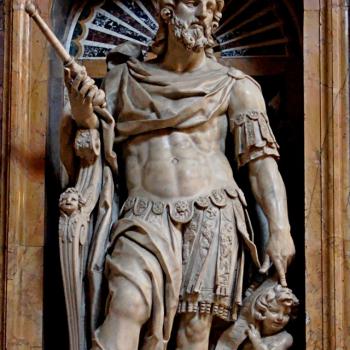 King David and Archaeology
Dave Armstrong
About
Get Patheos Newsletters
Get the latest from Patheos by signing up for our newsletters. Try our 3 most popular, or select from our huge collection of unique and thought-provoking newsletters.
From time to time you will also receive Special Offers from our partners that help us make this content free for you. You can opt out of these offers at any time.
see our full list of newsletters