The Future of Paganism Is Our Future 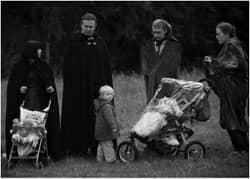 Paganism is very much a grassroots movement, rich with diversity. Although we have well-known authors, such as Margot Adler and Raven Digitalis, represented here, Paganism is definitely a religious movement of the people, by the people, and for the people. Here are the thoughts of clergy, authors, and ordinary Pagans on the future of Paganism. We hope you enjoy this compendium of short thoughts.

In the last fifteen years the Contemporary Pagan Movement, which includes Wicca, Goddess Spirituality, and the Pagan Reconstructionist religions -- Norse, Druidic, Egyptian, Greek -- have all come of age. Paganism is now a world religion. Adherents.com puts the number of Pagans at one million; scholars as early as eight years ago counted at least five thousand Pagan websites. Pagan veterans can now have the pentagram on their gravestones at Arlington and other military cemeteries. There are Pagan and Wiccan chaplains in prisons and hospitals. There are Pagans working as interfaith chaplains. There are Pagan events for charity, and Pagan AA groups. There is at least one peer-reviewed academic Pagan magazine, and there are courses in Paganism at mainstream seminaries. Papers on Paganism and Wicca are presented at the AAR's annual conference on religion, by Pagans as well as about Pagans. Pagans had a huge presence at the last two meetings of the Parliament of the World's Religions, and two members of our faith are on the Board of Trustees.

Once a very youth-oriented movement, Contemporary Paganism is now dealing with many of the issues that all religions deal with. Not just coming of age ceremonies and marriages, but with elder care and death and dying. Now, a multigenerational movement, Pagan festivals have huge numbers of children, teens, and young adults.

The movement has changed in other ways. Once it was hard to find a grove, coven, or kindred. People entered only through membership in tiny, closed, and often secretive groups. Contemporary Paganism is now more open and less secretive. People enter the religion through festivals, through small groups, through the internet, and through larger cross traditional organizations.

In short, Paganism has become a mainstream movement, which has mostly been a good thing. We are no longer talked about only on Halloween, and much less frequently confused with cults or Satanism. However there is a downside to the mainstream. Our movement remains important partly because of its critique of monotheistic and patriarchal religions. Will that critique be lost or watered down as Paganism takes its rightful place as a respected religion?"

Margot Adler is an NPR correspondent based in NPR's New York Bureau. Her reports can be heard regularly on "All Things Considered," "Morning Edition," and "Weekend Edition." Adler joined the NPR staff as a general assignment reporter in 1979, after spending a year as an NPR freelance reporter covering New York City. From 1972 to 1990, Adler hosted a weekly live talk show on WBAI-FM/New York City. She is the author of the book, Drawing Down the Moon, a study of contemporary nature religions, and Heretic's Heart, a 1960s memoir.
Article Continued On Next Page
Page: 1 of 4
8/23/2010 4:00:00 AM
About