The Gods and Me 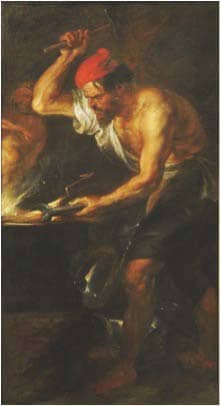 I am a "hard" polytheist. I believe that the Gods are sentient, individual beings of great power and wisdom, who are not all-powerful, all-knowing, or all-loving. They are incorporeal beings who can take corporeal form, and have the ability to wield energy and matter. They did not create the Universe, but they guide its evolution. They did not create energy or matter, but they did make the abundant diversity of the natural world in the same way a blacksmith wields air, fire, and ore to make steel. They are not supernatural, but an expression of the natural.

I believe chaos and order form the primal polarity of the Universe and the Gods are those that gained sentience through the tension of chaos and order. They can wield these primal powers and thrive in the tension between them. The impetus to order is the more visible and easily identifiable of these primal powers. From the chaos of the Big Bang, the glorious dawn of the Universe, all matter and energy flowing outward away from chaos were drawn to order, forming galaxies and interdependent relationships. From the beginning, this ebb and flow has given shape to the Universe, interacting in increasingly complex ways over time. Energies evolved to form fixed yet dynamic states, which while interacting with matter never lose their unique composition. In short Gods, souls, and spirits came into being.

What is the difference between Gods, souls, and spirits? The eldest Gods coalesced from the original primal "making" of the Universe. Those concentrations of energy that retained their unique sentient forms to make the sky became the Gods we know as Uranus, Nut, Varuna, An, and Achamán. As the Universe became increasingly complex, as these primordial Gods coaxed abundant life from the building blocks of the Universe, new Gods came into being or were made, or given birth to, by the first Gods.

The Gods became increasingly diverse, as they busied themselves with making the wild grasses of the plains, the stars, the chipmunks. Some Gods became hugely powerful, interesting themselves in various aspects of the Universe from the absurdity of the platypus to the great abstract questions of the Universe, such as Time, Fate, and Death. Some remained content to be the God of a meadow, a cove, or a house. The Gods worked together, against each other, and independently.

The things the Gods made became sentient in their own way. Over time, grass began to whisper to wind. Trees rustled their wisdom to each other. Whales sang to their tribe. Their spirits grew distinct, passed down from generation to generation. The complexity of these spirits varied. Those spirits that inhabited the grass, the fireflies, and the minnows remained simple, as the spirits inhabiting oak trees, whales, mountains, and rivers became more complex. Primates became increasingly complex, their evolution shaped and guided by the Gods until modern humans emerged.

As the spirits of humans are the only ones we truly know, we tend to refer to them differently. We call them souls. We feel that souls are less powerful and complex than the Gods, but with a power and complexity that far exceeds that of a snail's spirit. Humans are the only species we know of that are "makers" in a smaller-scale imitation of the "making" of the Gods. Like the Gods, we are ingenious, inventive craftsmen.

While I am crafted by the Gods, I do not have a "Creator." I am the product of many Gods influencing the evolution of my species. My soul has taken on many forms before I began this incarnation. In previous lives I may have been many different ethnicities and worshipped many different Gods. There is no one single being that "made" me or to which I owe my existence. I am a unique soul involved in an ongoing evolution and my roots stretch back to those first single cell organisms. My journey is my own.

I believe the Gods made us because diversity and craftsmanship are expressions of the Universe itself, and we are a diverse, ingenious species of craftsmen. Life exists because it is good. The more diversity that exists, the more the Universe is in balance. As humans we produce order and chaos and we propagate diversity, thereby helping the Gods in their work.

In the beginning the primordial Gods began with simple, broad projects: stars, planets, sea, wind, mountains. There were fewer of them and cooperation was easier to achieve, but tens of thousands of years of evolution have created Gods and humans who are of widely diverse viewpoints. Not all Gods have the same agenda, just as not all humans have the same goals. In my view, there is no one single over-arching Deity with a single plan for the entire Universe. There is no "One."